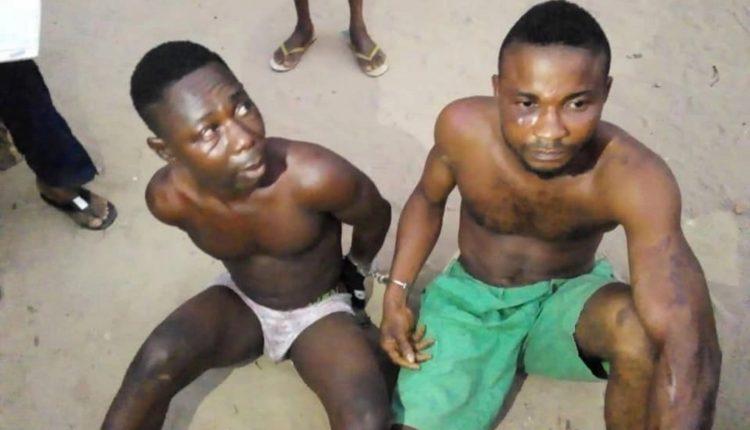 17 and 20-year-old boys arrested for attempted kidnapping a 4-year-old girl at Darkoman, a suburb of Accra.

Mary Adzomayi , Grandmother of the child, said the incident occurred when her grandchild together with her older sister went out to buy food.

While on the errand, the suspects – alleged to be between the ages of 17 and 20 years – took the 4-year-old hostage and sacked the other, she disclosed.

She added that it took the intervention of the girl’s father to rescue the child after he found out his children had since not returned from the errand.

“The father had come asking of the whereabouts of his two children, 4 and 7-year old, he followed up because the children had quite kept long. Fortunately, he met the 4-year-old who was in the custody of two men between the ages of 17 and 20 years.

“When he asked of the other child (7year old), he was told by the two men she had been sent by them, he also asked why they had the 4-year-old with them, they replied they saw some spirits and wanted to cast it out from her.

The children’s father further raised an alarm and the two suspects were sent to the police station.

Champions League: Man City Shock PSG With A Comeback To Beat Them 2-1