When Ursula Owusu sat on my laps, I felt nothing; she’s like a stick and not romantic – Mintah Akando Reveals 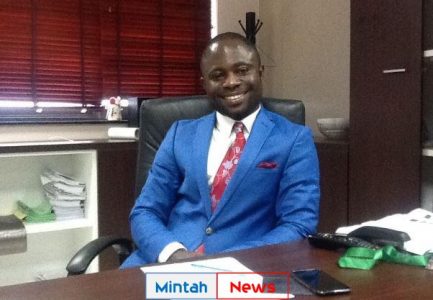 Member of Parliament for Juaboso, Kwabena Mintah Akando was shocked when his colleague, Ursula Owusu sat on his laps in parliament.

The MP who did not see it coming narrated that he took over the said seat after the Ablekuma West MP got up from the seat, only for her to return and sit on his lap.

He said Ursula Owusu did not utter a word to him, adding that though he had a choice to move her aside, he refrained because he did not want a different story in the media space and especially because there were many cameras.

According to him, the first person who sat on the chair was Clement Avoka but it was taken over by Ursula Owusu after Clement Avoka got up to attend to an equally important issue.

He said there was so much on his mind at that time to even have considered any thoughts of arousal.

Speaking on ‘Ade Akye Abia’ with Kwame Nkrumah Tikesie on Okay FM he said “…The seat is for Clement Avoka, Ursula Owusu sat there when Clement Avoka left to attend to a call. We begged her to get up but she insisted on seating on that chair. After she was satisfied, she got up from the seat and that was when I went to seat there. I was seated when all of a sudden I saw her on my legs. She didn’t tell or ask me anything. I had a choice of pushing her but the story would have been different this morning, so I left her to sit there until she was okay.”

“On a lighter note, I had a lot on my mind to the extent that I was not aroused by her sitting on my legs. Left to me, I felt nothing and it felt like there was a stick on my legs.”

“She rather enjoyed” he jokingly added.