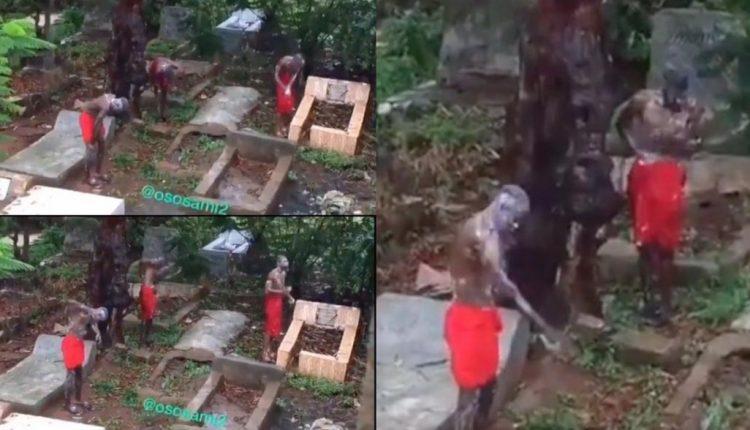 A video is going viral on social media that captures three young boys bathing at the cemetery for alleged money rituals.

The video has garnered a lot of reactions from social media commentators with a section questioning whether it is a skit or an actual occurrence.

In the viral video, the boys could be seen bathing with sponge and soap at the cemetery cladding themselves with a piece of red cloth to cover their nakedness.

They were heard reciting some incantations as they bath in the rain.

The big question netizens were asking was why the young boy chose to engage in quick or “blood” money but not hard work. Even though hard work is tedious and time-consuming but it’s reward is happiness and prosperity.

Actress Akuapem Poloo Finally Out of Nsawam Prison But…..