6000 security men deploys for inauguration of Parliament and President-elect 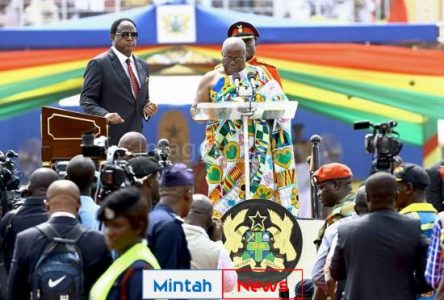 The Ghana Police Service has announced that it has deployed at least 6000 security men for the swearing-in ceremony of the President and Members of Parliament-elect.

The Police in a statement chronicling the security arrangements it has made for the ceremony which will take place on 6th and 7th January, 2020 in Parliament House said security have been beefed up as part of plans to make it incident-free.

“All VVIPs would be offered close protection as appropriate. The entire State House Complex; Accra International Conference Centre; Accra Sports Stadium and the Black Star Square would also be secured and patrolled by security personnel“

Below is the full statement from the Police:

Race for Speaker of Parliament heats up