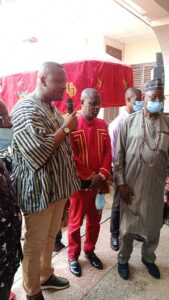 Opagyakotwere Bonsra Afriyie II congratulated Hon. Eric Kwaku Kusi for his 100 percent endorsement from the Assembly Members to serve the second term as the District Chief Executive for the people of Adansi North District Assembly. 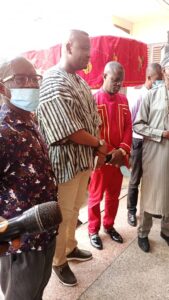 Nananom were also grateful to the President for retaining Hon Kusi Kwaku Eric as DCE for Adansi North District.

He also applauded the assembly members for the massive endorsement to retain Hon. Eric Kwaku Kusi as DCE for the area for the second time. 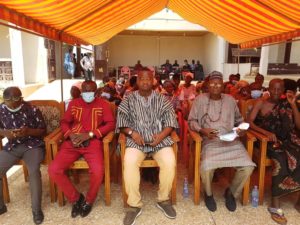 He urged Hon. Eric Kwaku Kusi to work with all relevant stakeholders to deliver on his mandate in the next four years. 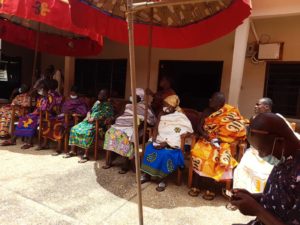 He also expressed gratitude to H. E. the President’s and also the Assembly Members for giving him advantage to continue his good works, and also ensure that all development concerns are given priority.

He pleaded to the Assembly Members to give him the maximum support to complete all he started in his first term of office.

Queen mothers who were present at Bonsra Afriyie Palace today were happy to have Hon Kusi Kwaku Eric back as DCE for Adansi North District and for that matter expressed appreciation to the President of the Republic.

Youths in the North Showers Encomium on Gone over Electronic Voting