Abraham Atta gains admission to top University in the USA 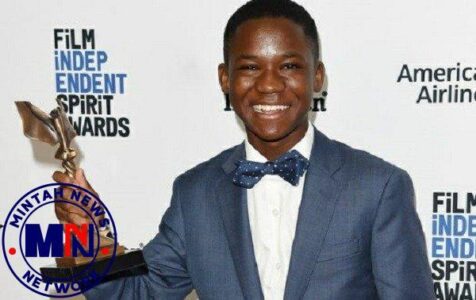 Ghanaian-Hollywood actor, Abraham Attah had recently gained admission to Tufts University – one of the prestigious Universities in the United State of America.

Apart from advancing his education to the tertiary level, Abraham Attah will also have the chance to further his athletic career.

The actor who starred in Hollywood’s biggest movies like “Spider-Man Homecoming” and “Breast of No nation” posted a photo on his Instagram page where he was seen in a blue jersey running a race.

In his caption accompanying the post, the actor expressed his joy in being admitted to the school and also his gratitude to his friends and family for their support.

He wrote; I’m beyond excited to announce my commitment to further my academic and athletic career at Tufts University! I want to thank my family, coaches, friends, teammates, and everyone that helped me through this process #gojumbos