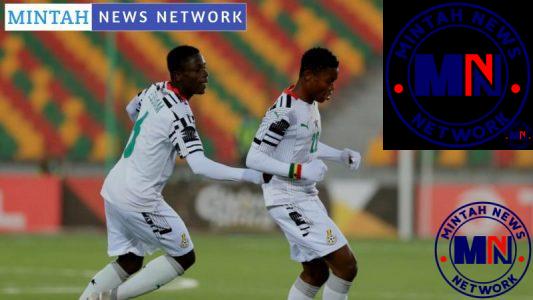 The Austrian champions have made the AFCON U-20 star a priority ahead of the summer transfer window.

Issahaku, who was named Most Valuable Player as Ghana won the Africa U-20 Cup of Nations for the fourth, has popped up on the radar of several European clubs following his exploits at last month’s competition.

The Steadfast FC player’s rise has seen him earn his maiden senior national team call up, and was part of the Black Stars B team that played Uzbekistan last week.

President of Steadfast FC and Member of Parliament for Tamale South, Haruna Iddrisu has confirmed interest from top European teams.

“We are weighing what gives him the best opportunity and the club, the best returns tomorrow. More importantly, he has the opportunity to play and contribute to Ghana achieving some soccer laurels in terms of bringing gold to Ghana,” he said.

Use your organizations to enhance Peace, Commissioner to media practitioners