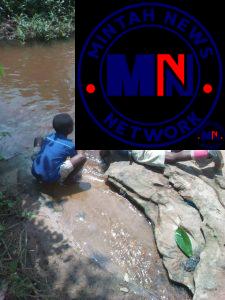 According to investigation made by Ghanapublisher, People of Brakwa, Kokoso and it environment in the Asikuma Odoben Brakwa District are likely to shot of portable water due to GH 398,255 government unpaid arrears through the District Assembly to the only water providing institution in the area.

Investigation made by our reporter Evans Kwaku Oboafi Junior (HARDROCK), indicates that, ever since the President of Ghana directed water providing institutions to provide free water to it citizens last year, government have only paid GH 112,965.82 out of the GH 398,255 bill presented by the “Brakwa Kokoso Water Team which has made the institution found it difficult to pay it workers and other bills especially electricity bill.

According to the Board Chairman of Brakwa Kokoso Water Board, Lawyer Kwame Ampofo in an exclusive interview, the distribution of Pipe-borne water to the citizens of Brakwa and it environs is likely to be ceased immediately due to the institution inability to pay light bills, providing standby pumping machine and other provisions.

“Part of the amount is lodged with the District Assembly but due to bureaucratic wranglings, they have refused to release the money to us to enhance operation” the board chairman stated.

“The only water Team which provide pipe-borne water to about 25,000 citizens may have no option than to cease supply if government do not intervene” Lawyer Kwame Ampofo added.