Ghanaian referee Charles Bulu was stretched off the field in the 80th min of the 2021 Africa Cup of Nations qualifier between Ivory Coast and Ethiopia after collapsing.

The Ivorians were leading by 3-1 at the Stade Felix Houphouet-Boigny when the players noticed the respected match official was struggling to stand on his feet.

They tried to help him stand until he fell on the field and was stretched off. 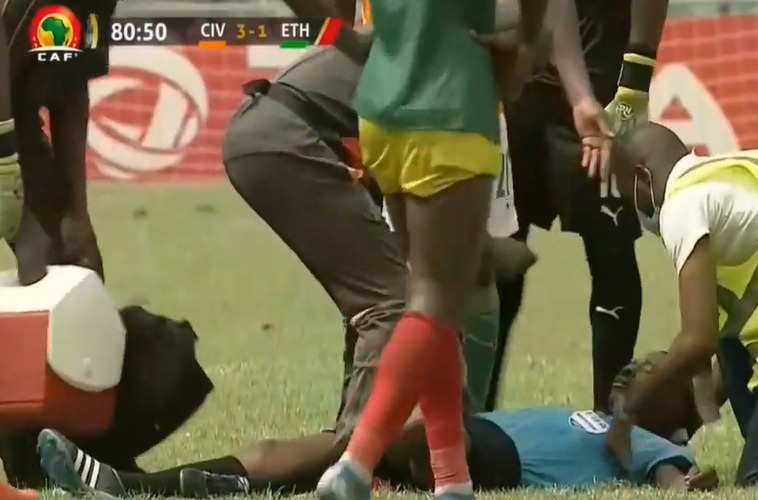 The match ended abruptly after 11 minutes of hold-up. The fourth official who was expected to replace Charles Bulu is an Ivorian and prevented a conflict of interest.

As a result, the match had to be called off with 11 minutes left to play.

The match has no importance as both teams have already secured qualification to Cameroon.

Asiedu Nketiah appointed to Parliamentary Board