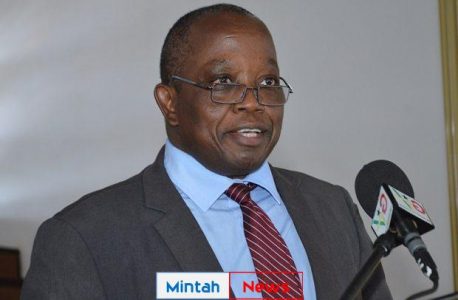 The Auditor-General of Ghana, Daniel Yaw Domelevo is scheduled to return from his accumulated 167 days leave today.

Credible sources available indicate that Mr. Domelevo whose leave came to an end on January 8, 2021, will report to work today Monday, January 11, 2021, to take over his official duties as Auditor-General.

The directive by the President was based on sections 20 (1) and 31 of the Labour Act, 2003 (Act 651) which apply to all workers, including public office holders such as the Auditor-General.

But Mr. Domelevo on July 3, 2020, wrote to the Presidency urging the President to have a second look at the directive ordering him to proceed on his accumulated leave.

Mr. Domelevo at the time averred that the directive by the President was unconstitutional and not in the best interest of the very he occupied.

However, the Presidency replied on July 3, 2020, indicating that the Office of the President has decided to increase the accumulated annual leave of the Auditor-General from the initial 123 to 167 working days.

The new directive per the contents of the reply had included his period of leave for the year 2020 other than the earlier directive which only calculated the accumulated leave days from 2017 to 2019.

Hot Video: “Rawlings asked to be airlifted to US for treatment but Akufo Addo refused” – Mugabe Maase Reveals