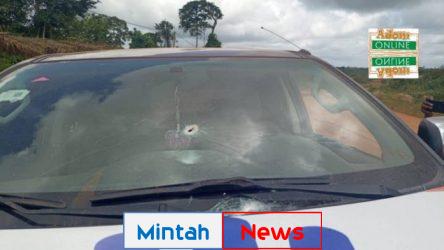 News information reaching Mintah News Network has revealed that there has been a shooting at kasoa which has caused the injury of some people who have been rushed to the hospital.

According to reports, one of the bullets was said to have hit the hands of one kid who was standing around the place where the incident took place.

An eyewitness at the scene of the event stated that a policeman was said to have been the person who took the shot injuring the people.