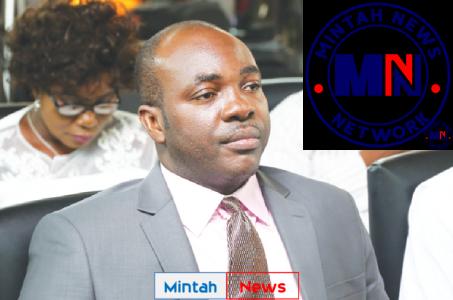 It has been revealed that the Ministry of Youth and Sports spent over $320,000 on supporters at the 2019 Africa Cup of Nations in Egypt.

Kofi Asare Brako popularly known as Abatay, an aide to the former Sports Minister, Isaac Asiamah, disclosed on Angel FM that government airlifted over 400 supporters to Egypt for the tournament.

Each of these supporters got paid $800 to cheer on the Black Stars with the hope of helping the team end its trophy drought that has spanned nearly four decades.

The veteran sports broadcaster was reacting to an opinion by an Angel FM reporter that the controversies that characterized Ghana’s participation in the tournament could be a possible cause for his exit as Sports Minister.

An infuriated Abatay reprimanded the journalist and asked him not to spew what he believes to be ignorance. According to him, the journalist exhibited insufficient knowledge on the matter.

“I’m ready to debate him anytime. If he doesn’t know something, he should ask and he will be told. Does he know how much we took to the 2015 AFCON and how much was spent on supporters? There has never been an occasion that we’ve included supporters to the main budget for the AFCON. Every time it’s only the Black Stars budget. For the first time, Isaac Asiamah included supporters’ budget and that could not match what we spent in 2015, four clear years after. Each supporter that went to Egypt got over $800. Supporters that numbered over 400. They were given 400 in the first week and 400 in the second week. It was meant for them to cheer the team to victory,” he fumed.

Abatay’s revelation contradicts the Ministry’s earlier position that it only funded the trip of 100 supporters.

Elvis Agyei-Baah, the then-Public Relations Officer of the Sports Ministry said that the ministry only assisted with visa acquisition for 300 more supporters but their upkeep and stay in Egypt was not on the government.

Agyei-Baah even hinted that the number could be more than the 400 Kofi Asare Brako is mentioning.

“Before we went to Egypt, the ministry’s project committee met with Ghana Supporters Union and told them that we [ministry] can only sponsor 100 fans to the tournament,“ he revealed.

“The union led by Abraham Boakye wanted more. So they said that we should vouch for them to get about 300 visas for supporters who were going to take care of their own flight, feeding and accommodation and we agreed.”

“Then again I know that there are some corporate organizations that sent supporters to Egypt. When we got to Egypt, [after Ghana’s] first game we realized that there was a problem with the attendance of supporters at the stadium. So there was an arrangement for the mobilization of supporters both in Egypt and from Ghana. We ended up shooting up the number of supporters,” he told Joy FM in 2019.

Also, in a breakdown of the budget for the AFCON in parliament on July 24, 2019, Isaac Asiamah did not say a word about how government-funded supporters’ stay in Egypt.

In his breakdown of $4.5m spent on the botched AFCON campaign, Isaac Asiamah did not mention expenditure on supporters as part of the expenses made on the tournament.

Below is a breakdown of the AFCON budget

The details of the expenditure are as follows…