The National democratic Congress (NDC) has officially expelled Allotey Jacobs from the party.

In a detailed press statement available to Mintah.net, the largest opposition party said the decision was reached after a Functional Executive meeting held on Wednesday, March 23.

His expelling is the punishment for “allegations of misconduct, anti-party conduct,” he has to endure after he was found guilty.

NDC stood on Article 48 (1) of the party’s constitution and recommendations of the Disciplinary Committee after his initial suspension to officially sack him.

By that, the NDC is emphasising that Mr Jacobs is and will no longer be recognised as a member and he cannot carry himself as such.

Mr Allotey Jacobs is expected to return all party property in his possession. 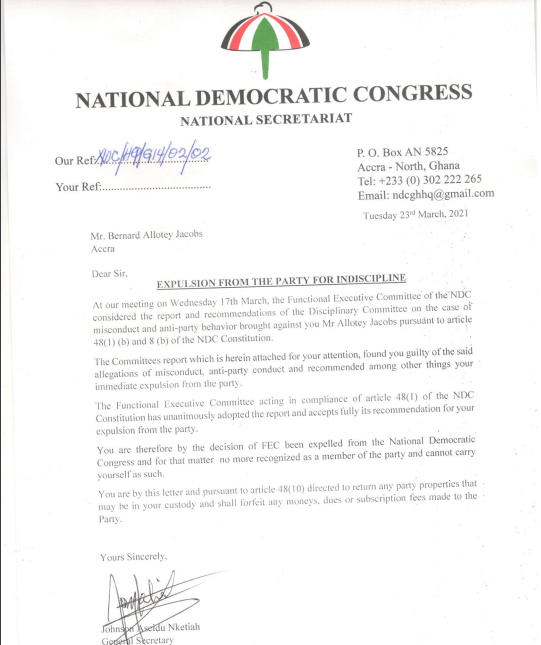 Burundi ‘Not Yet Ready’ For Covid Vaccines