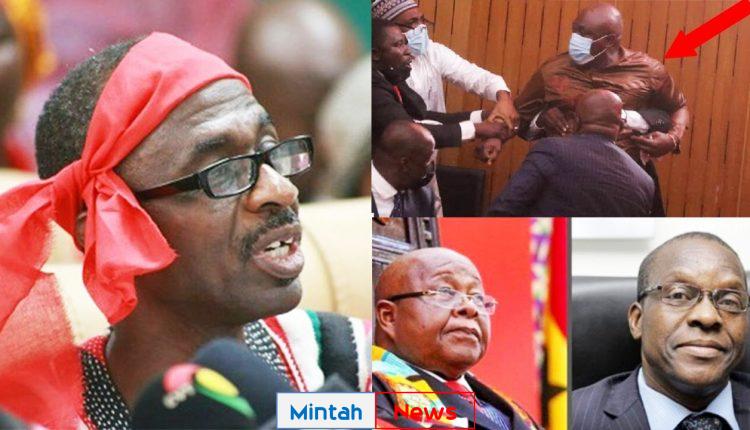 General Secretary of the National Democratic Congress (NDC), Johnson Asiedu Nketia, has lashed out at Member of Parliament for Tema West Constituency, Carlos Ahenkorah, for snatching ballot papers during parliamentary election for a Speaker on Thursday 7th January, 2021.

According to the astute politician, Carlos Ahenkorah chewed and swallowed two ballot papers on the day of election in Parliament to elect a Speaker of Parliament for Ghana’s 8th Parliament.

He made the allegation in a press briefing today January 8, 2020 at Accra.

After the 7th Parliament was dissolve, there was the need for the House to elect a Speaker to usher in the 8th Parliament. A highly contested polls between Professor Aaron Mike Quaye and Hon Alban Kingsford Sumani Bagbin saw the latter emerging victorious.

However, moments before Alban Bagbin was confirmed as the Speaker of Parliament, the Tema West legislator was seen snatching ballot papers from a parliamentary official and attempted to bolt through the exit door of the chamber but he was stopped in his tracks.

The ballots were subsequently retrieved from him.

Addressing the press today, Mr Asiedu Nketia disclosed that the Tema West MP managed to chew two ballot papers before he was accosted.

In his appeal to Parliament, the General Secretary of the NDC has called for further investigations into the dishonorable act of Carlos Ahenkorah.

When Ursula Owusu sat on my laps, I felt nothing; she’s like a stick and not romantic – Mintah Akando Reveals