Covid-19 Vaccination in Europe to Roll Out Slowly 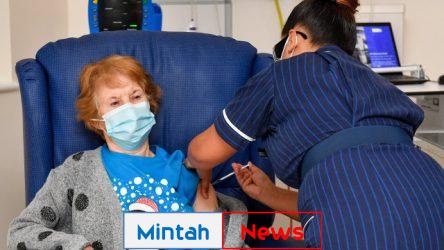 Europe has been hoping to vaccinate swaths of its population in the space of months, counting on several vaccines becoming available this winter. Instead, a shortage of effective shots means the pandemic could batter the region deep into 2021, straining hospitals and hampering economic recovery.

Regulatory, scientific and logistical challenges make it likely that only two vaccines—one from Pfizer Inc. and partner BioNTech SE and another by Moderna Inc. —will become available soon in European Union countries. Those two alone can’t satisfy the heavy global demand. Other vaccines the EU was counting on to cover its 450 million people are struggling to reach the finish line.

The U.K., a non-EU country, became the first Western country to launch its vaccination program, rolling out the Pfizer shot on Dec. 8 at dozens of hospitals around the country. Next week, the U.K. plans to extend the program to involve local physicians.

EU countries must wait at least another month. The bloc’s drug regulator, the European Medicines Agency, is set to give its opinion on the Pfizer vaccine on Dec. 29 and on Moderna’s on Jan. 12. Many EU countries are planning to start administering the Pfizer vaccine in January, starting with elderly people, health-care workers and other high-priority groups.

Most European countries haven’t laid out concrete timetables for vaccinating their populations, amid uncertainty over how many doses of approved vaccines will be available when.