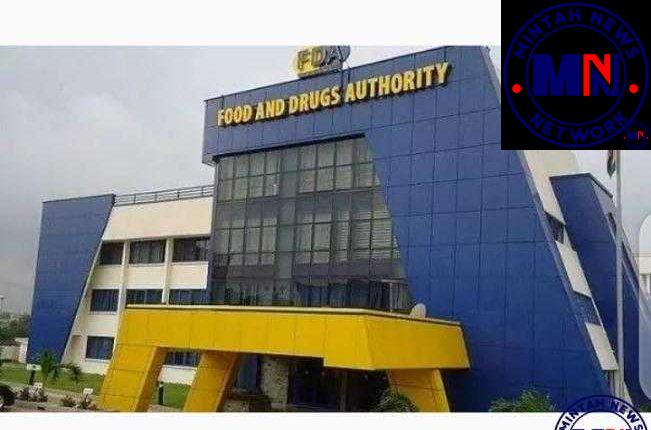 The Food and Drugs Authority (FDA) has warned the general public not to consume the washed-ashore fish due to the potential health risks.

The FDA said in a statement that laboratory tests are underway to ascertain the cause of the death of the fishes.

The authority further revealed that it has dispatched its team to fish markets in Osu and other coastal areas in the capital to prevent washed-ashore fish from entering the food markets.

The FDA’s statement said “To prevent the washed-ashore fish from entering into the food chain the FDA inspection teams have been dispatched to fish markets including the Osu Mandela market in the Korle-Klottey Municipal Assembly. 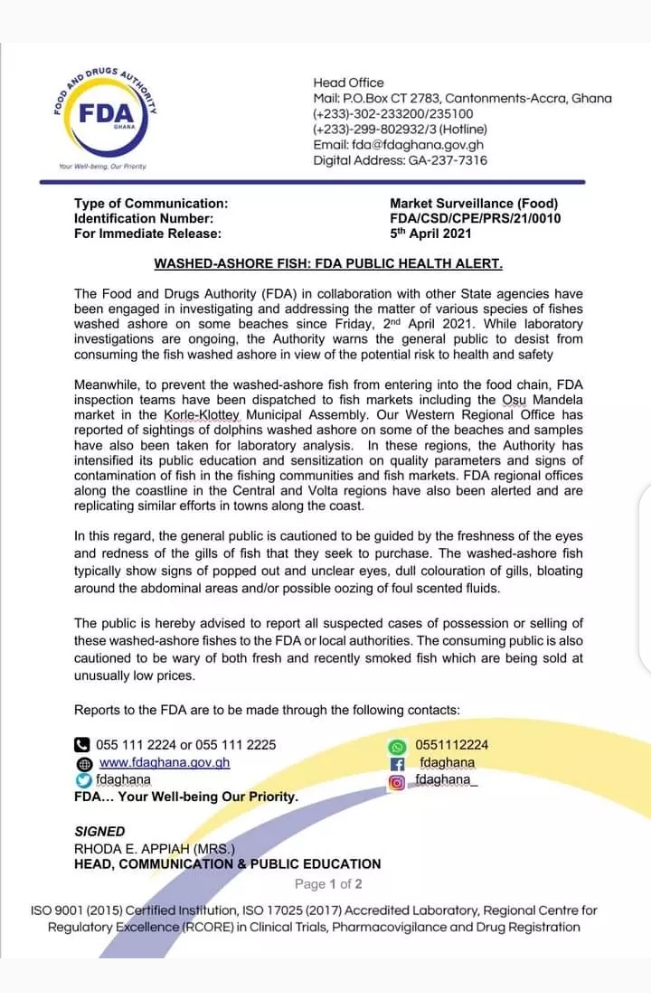 “Our Western regional office has reported of sightings of dolphins washed ashore on so0me of the beaches and samples have also been taken for laboratory analysis.”

Tons of dead fish were found along the shores of the Osu Castle beach in Accra on Friday.

On that same day, close to 100 mammals suspected to be melon-headed whales were also washed ashore at the Axim-Bewire beach in the Nzema East Municipality of the Western Region.

The Western Regional Acting Director of the Fisheries Commission, Alhassan Arafat Salifu told journalists that “We are now counting to know the actual numbers that were washed ashore since they are in different parts of the beach. Some are still struggling to breathe and some are dead.”

The Director of Centre for Coastal Management at the University of Cape Coast (UCC) Prof Dennis Worlanyo Aheto has stated that the death of sea fishes can be attributed to climate change effect.

Sharing his thoughts on this development, Prof Aheto said “This is not the first time. As a matter of fact these things do happen occasionally not just in Ghana but along coastal countries, so it is not surprising.

“The more problematic one is the dolphins that have also been washed. These are marine mammals and it calls for concerns because these are already threatening the species.

“There are a number of factors that can lead to this kind of situations. From marine ecology point of view and overturn of the water due to climate change effect can lead to deoxygenated environment in the upper waters which can cause mass deaths.

“You cannot also rule out possible effect of chemical pollution in the water. We also do know that along the coast line particularly within our Atlanta areas.”