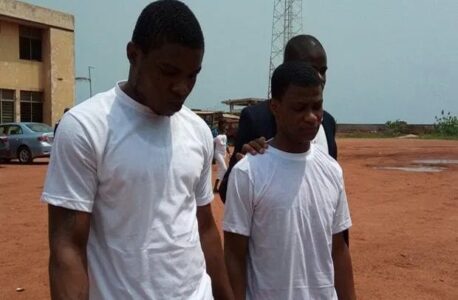 The driver of murdered J.B. Danquah Adu, slain Member of Parliament for Abuakwa North, Samuel Berko Sarkodie has told an Accra High Court that he knew nothing about the death of his master.

According to him, it was not true that he and others killed the former MP.

Answering questions under cross-examination, Samuel Berko Sarkodie, said he could not “fight” with his former boss who paid him his salary.

Mr Sarkodie noted that although he and his former boss had some similarities in stature or height, he could not have fought him.

The first prosecution witness debunked defence counsel, Yaw Dankwah’ s assertion that he had come to court to present himself as an angel, when he was not, after what he and others did to the former MP.

He told the court that he could not tell if the murder of the former legislature was planned and well orchestrated.

According to the witness, counsel’s assertion that he and others killed J.B Danquah Adu was untrue.

The witness admitted that he had forgotten some of the things he had told the police adding that at the age of 70, there was no way he could remember everything.

The witness also said it’s been five years since the death of J.B Danquah was reported.

He denied that he and others who knew the deceased house very well undertook the heinous killing of the former MP.

Mr Sarkodie denied that he had told the court in his evidence in Chief that he knew the deceased’s house very well.

“I have never entered any of the rooms in my master’s house and I could not tell which of the rooms he emerged from to hand over his car keys to me while standing at his balcony.”

When defence counsel indicated to Mr Sarkodie that due to the stature of J.B Danquah Adu, there was no way Daniel Asiedu, aka, Sexy Dondon could have overpowered him (the former MP), the witness responded “David overpowered Goliath.”

The matter has been adjourned to May 4.

Daniel Asiedu, aka, Sexy Dondon and Vincent Bossu are being held following the death of J.B Danquah Adu at his residence at Shaishie, near East Legon, Accra on February 9, 2016.

Asiedu and Bossu are being held on the charge of conspiracy to rob.

Aseidu is facing an additional charge of murder and robbery.

The accused persons have pleaded not guilty to the charges before a seven member jury.

The court presided over Justice Lydia Osei Marfo, has remanded them into lawful custody.

Nana Agradaa finally burns all her gods in her shrine