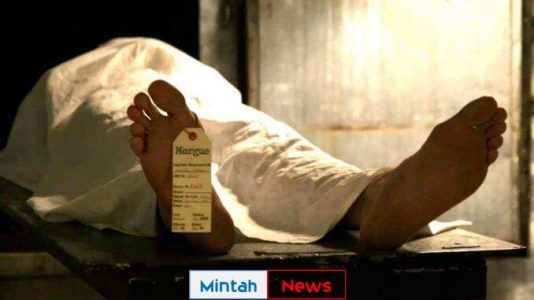 The Assistant Coordinator for the Technical and Vocational Education Training (TVET) in the New Juaben South Municipal Education Directorate in the Eastern Region, Jerry Azaglo, has been found dead in his office. The incident reportedly occurred on Wednesday, December 30, 2020.

According to reports, he was found dead in his arm chair in the office.

Detailing the incident, an eye witness told the media,“His wife knew his condition and got alarmed when he had not returned home as at 8:00pm. So she went to the office to see if her husband was there. She met the security man and asked. The security man unaware the man was there told the wife nobody was at the office since the whole place was dark.”

“After the woman left, the security man went round to check the rooms only to find the man’s office unlocked. He switched on the light only to see the man sitting lifeless. The police were called and they came for his body.”

The autopsy report to ascertain the cause of death is yet to be released but relatives have indicated that the deceased had an underlying medical condition.

The body is currently at the Koforidua Regional Hospital morgue pending further investigations.