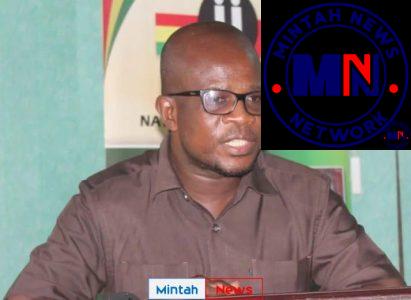 Dr Michael Kpessa-Whyte, one of the representatives of the Petitioner in the ‘strongroom’ of the Electoral Commission (EC), has explained that he “noticed many material irregularities during the entire process of the December 7, 2020, Presidential Election.”

According to Kpessa-Whyte, he consequently alerted his colleague representative in the ‘strongroom’, Robert Joseph Mettle-Nunoo, and these irregularities were brought to the attention of the NDC flagbearer as well as the NDC party.

Kpessa-Whyte who has stated the above in his witness statement dated January 27, 2021, supporting John Mahama’s election petition to the Supreme Court added that based on their observations they immediately wrote a letter to Jean Mensa, the Returning Officer, detailing their concerns to her.

“After making our observations known to Jean Adukwei Mensa […], she asked us [Robert Joseph Mettle-Nunoo and Dr Michael Kpassa-Whyte] to ‘go and consult with [the Petitioner] and return.’ She assured us she was holding on with any declaration of the results until our concerns and all other concerns with the collation of the votes were redressed. She added that she will ensure to send a dispatch rider to accompany us back to the ‘strongroom’, to relay the feedback from Petitioner, before she declares the results,” Dr Kpassa-Whyte averred.

He added that “based on the assurances of Jean Mensa, we left the strongroom” without certifying the summary sheets of the results from some of the regions.

Dr Kpessa-Whyte noted that on their way to the residence of the Petitioner to deliver the message as instructed by the EC Chairperson, they heard on radio and saw on the Petitioner’s television that, “Jean Adukwei Mensa, hurriedly and on our blind side, declared 2nd Respondent President-elect in the Presidential Election held on December 7, 2020.”

Dr Kpessa-Whyte insisted that the declaration by the Chairperson of the 1st Respondent was manifestly wrong as it was based on a wrong collation of the votes, which arose from some of the “self-same errors” that had been discovered during their time in the strongroom.