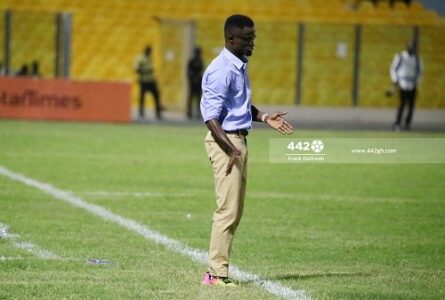 Management of Techiman Eleven Wonders have asked coach Ignatius Fosu to step aside for the club’s next three games in the Ghana Premier League, according to reports.

Reports indicate the top hierarchy of the Techiman based club are in a cruch meeting to decide the future of the coach following a run of poor results.

Eleven Wonders started the season in good form but have struggled in recent times and are now battling for survival with the team just a place above relegation.

The former Liberty Professionals gaffer saw his current team lose to the Dansoman club in Techiman, prompting action from management.

His future now remains uncertain but a decision as to whether he continues or leaves will be made after the next three games.