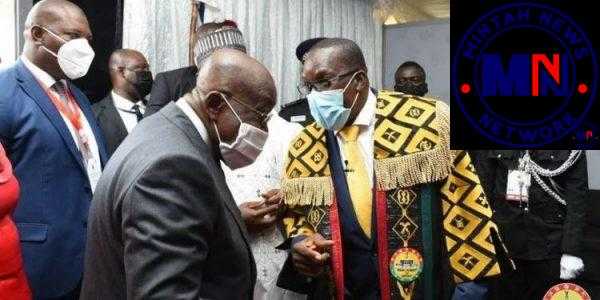 The Executive Director of the African Center for Parliamentary Affairs (ACEPA), Rasheed Draman says the Executive must soften its stance on the decision to slash the budget of Parliament.

He said for a long time, the Executive has had its way in adjusting the budget of Parliament, resulting in the House being insufficiently funded and consequently affecting its performance.

Speaking on Eyewitness News, he said the lack of adequate funding for Parliament has resulted in the House, especially its committees, depending on government departments it is supposed to have oversight responsibility on, to fund its work.

“The Executive should be softening their stance. I think year in year out, what we hear is the fact that the legislature is starved of information to do its work, but it is also starved of resources [finances] and eventually, what you get is the situation like what we see every year where the government departments that Parliament and its committees are supposed to be holding to account are the same departments that fund Parliament’s oversight activities,” he said.

The Speaker of Parliament, Alban Bagbin on Tuesday [March 16, 2021] threatened to stall processes towards the approval of the 2021 budget estimates if the Executive goes ahead with its plans to cap budgetary allocation to the law-making body.

The Executive Secretary to the President, Nana Bediatuo Asante in a letter to Parliament informed the House of the Executive’s decision to reduce their budget by over GHS190 million and that of the Judiciary by over GHS70 million.

The letter cited the lack of fiscal space as the reason for the plan.

But according to the Speaker, this is wrong and a step to weaken the oversight duties of Parliament.

“It is not for the Executive to impose a ceiling on the Judiciary and Parliament, we have to do the proper thing and so during the consideration of the estimates particularly the Committees concerned, take that on board. At the end of the day, come and inform us as to the negotiated figure, not the ceiling that has been given by the President,” he said.

Alban Bagbin vowed that he will not append his signature to any letter of submission of the approved budget to the presidency if the decision is not rescinded.

The development appears to show a simmering tension between the Executive and the Legislature.

According to Rasheed Draman, the stance of Alban Bagbin is an “important attempt to reset its [Parliament’s] relationship that has just been skewed more towards the Executive over the last 28 years.”

He said should the Executive refuse to rescind the decision, the 2021 budget may not be passed as it would most likely not get the legally required two-thirds parliamentary endorsement.

I don’t think this will pass, so one way or the other, there has to be some negotiation, he noted.