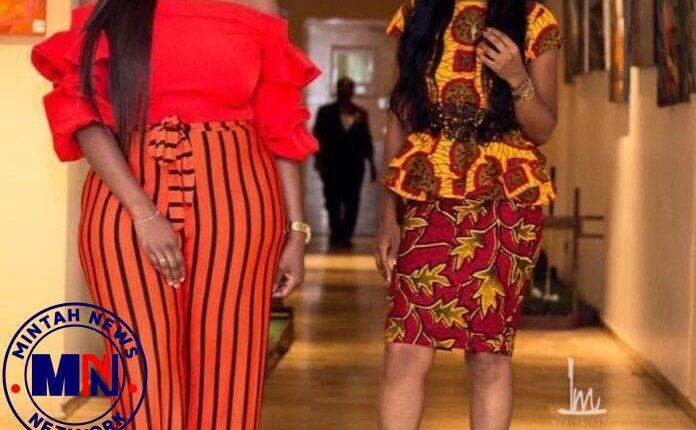 Media personality Delay has joined some celebrities to sympathize with Akuapem Poloo over her conviction saga.

Akuapem Poloo is awaiting her sentence today after she was found guilty of all the three charges leveled against her in court for sharing an unclad photo of herself together with her son last year.

Social media users have called on the court to be lenient with the socialite.

The majority of celebrities have also sympathized with Akuapem Poloo and pleaded on her behalf.

The likes of Sarkodie, Stonebwoy,Criss Waddle, Joselyn Dumas,Kwaw Kese, and others have added their voice to Akuapem Poloo’s conviction saga.

The latest to react to the issue is Delay.

Delay took to her Instagram handle to console Akuapem Poloo after she was found guilty of all the charges leveled against her in court.

Delay shared a photo of herself and Akuapem Poloo with the caption “Biribiaaa b3y3 fine, abaayaaa ” which literally means everything will be fine.