Ghanaian referee responding to treatment after collapsing in Afcon qualifier 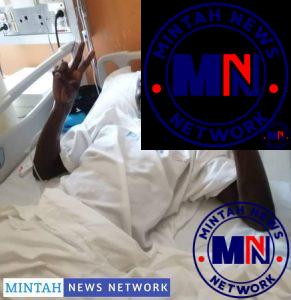 Ghanaian referee Charles Bulu is in good health after collapsing in the Africa Cup of Nations (AFCON) qualifier between Côte d’Ivoire and Ethiopia on Tuesday at the Stade Felix Houphouet-Boigny.

Bulu went to the ground in the 80th minute after struggling to stand on his feet which was noticed by the players.

He had to be stretched off the field by the paramedics.

According to reports FIFA referee Daniel Laryea was supposed to officiate the game but had contracted the COVID-19 and placed in isolation.

Charles Bulu had to officiate the game in the absence of Daniel Laryea.

He had a decent game until the 80th minute when the incident happened.

Bulu is recovering and will be released from the hospital soon.

Use your organizations to enhance Peace, Commissioner to media practitioners