Amanda Christina Elizabeth Aldridge, also known as Amanda Aldridge was a British opera singer and teacher who composed under the pseudonym of Montague Ring. She was the daughter of African-American actor Ira Aldridge.

CAN Condemns Kidnapping Of 43 Christians From Kaduna Church, Says… 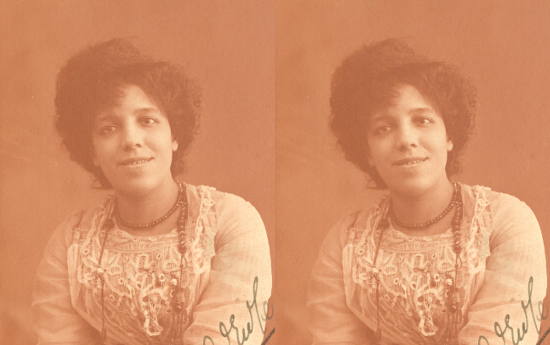 Amanda Aldridge was born on 10 March 1866 in Upper Norwood, London, the third child of African-American actor Ira Frederick Aldridge and his second wife, the Swede Amanda Brandt. She had two sisters, Rachael and Luranah, and two brothers, Ira Daniel and Ira Frederick.

Aldridge studied voice under Jenny Lind and Sir George Henschel at the Royal College of Music in London, and harmony and counterpoint with Frederick Bridge and Francis Edward Gladstone.

After completing her studies, Aldridge worked as a concert singer, piano accompanist, and voice teacher. A throat condition ended her concert appearances, and she turned to teaching and published about thirty songs between the years 1907 and 1925 in a romantic parlour style, as well as instrumental music in other styles. Her notable students included Roland Hayes, Lawrence Benjamin Brown, Marian Anderson[citation needed] and Paul Robeson.

In 1930, when Robeson played Othello in the West End, Aldridge was in attendance, and gave Robeson the gold earrings that her father Ira Aldridge had worn as Othello. See: List of music students by teacher: A to B#Amanda Christina Elizabeth Aldridge. Aldridge also took the singer Ida Shepley under her wing and converted her from a singer to a stage actor.

She cared for her sister, the opera singer Luranah Aldridge, when she became ill, turning down an invitation in 1921 from W. E. B. Du Bois to attend the second Pan-African Congress, with a note explaining: “As you know, my sister is very helpless. . . . I cannot leave for more than a few minutes at a time.”

At the age of 88, Aldridge made her first television appearance in the British show Music For You, where Muriel Smith sang Montague Ring’s “Little Southern Love Song”. After a short illness, she died in London on 9 March 1956.

In the Autumn 2020 edition of The Historian, Stephen Bourne assessed the composer’s life and career in an illustrated feature “At home with Amanda Ira Aldridge”. Bourne had previously written about Amanda for the Oxford Dictionary of National Biography.

2023: Adamawa embattled APC Chairman makes shocking revelations of why is being…