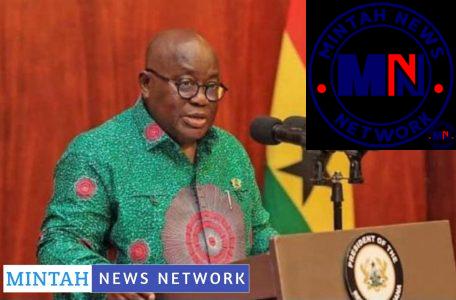 As countries limp on to recover from the ravaging effects of the COVID-19 global pandemic health crisis, the Ghana government is seeking support from Organized Labour to help rebuild its economy.

The call was made by President Nana Addo Dankwa Akufo-Addo as the government moves to make amends post-COVID-19.

According to Nana Akufo-Addo, though the measures Government instituted on the onset of the coronavirus pandemic lessened the impact of the disease on lives, livelihoods and sustained the economy, time had come to take the next set of actions required for the sustained recovery of the economy.

“The truth of the matter is that we are not in normal times, and I appeal to all Ghanaians, including Organised Labour, to assist Government in this endeavour to help rebuild our public finances and economy,” he said when he delivered the keynote address at 11th Quadrennial Congress of the Trades Union Congress held on Tuesday at Ejisu near Kumasi in the Ashanti region.

“We need to mobilise additional resources to cater for the new challenges confronting us whilst meeting other statutory requirements…I, therefore, urge all Ghanaian workers to bear with government in these unusual and rather challenging times. I am confident that sooner, rather than later, and together, we can create the happy, progressive and prosperous nation we all desire,” he added.

The President told the gathering that government appreciated the concerns of Ghanaians, especially, with regards to imposition of some new taxes, but explained that COVID-19 pandemic had resulted in a drastic slowdown in economic activity and a huge drop in domestic revenues which had to be remedied to sustain the economic gains made before the pandemic.

The sharp and unplanned hike in COVID-related expenditures, he said, led to a sudden shortfall in Government revenues amounting to some GH¢13.6 billion and an unexpected and unavoidable rise in expenditures of some GH¢11.7 billion

He further explained that the 2021 budget had set the goal of reducing the budget deficit gradually from 11.7% in 2020 to less than 5% by 2024, whilst growing the economy and creating jobs, and this required additional sources of revenue

“To accomplish this, additional sources of revenue are required, and that is the reason why the budget introduced four key revenue measures to improve on sanitation and pollution, improve the health sector, and defray the cost of the financial sector clean-up,” he added.

President Akufo-Addo said Government had developed and is currently implementing the GH¢100 billion Ghana CARES ‘Obaatampa’ Programme to revitalize and modernize the Ghanaian economy, and return it to high and sustained growth for the next three years,

The President assured organised labour that Social Security National Insurance Trust and the National Pensions Regulatory Authority (NPRA) are working with the Ministry of Employment and Labour Relations on the resolution of the lump sum benefits to 2020 pensioners, and was hopeful that the matter would be concluded by the end of the year.

On the issue of the National Unemployment Insurance Scheme that was announced last year, he noted that a Committee, made up of the members of the Social Partnership Council, has been setup by the Ministry of Finance to look at the establishment of the Scheme, which will provide temporary income support to workers that are laid off.

The Ministry of Finance has earmarked GH¢50 million towards the operationalization of the Scheme once discussions are completed.

COVID-19: MTN Ghana Present PPE To Some Hospitals In Kumasi