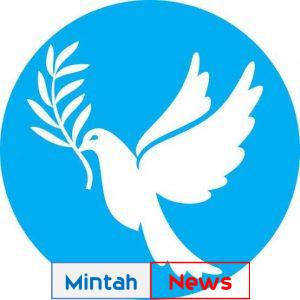 A Civil rights group, Conference of Nigeria Civil Society for Peace, Human Rights and National Unity, has frowned at the 2020 report of Amnesty International alleging rights violation and atrocities by the Nigerian troops in the North East and demanding full investigation into the allegations by International Criminal Court.

To this end, the group which accused the Amnesty International of constantly showing sympathy to terrorists through its actions and reports,has given the international agency a 7-day notice to vacate Nigerian soil or face its wrath.

This was as the group appealed to the Nigerian military authorities and the front line troops to continue their war against terrorists with a view to securing the country and not be swayed by the report which it claimed was aimed at distracting them.

The group said the consistent false reports by the international organisation against the Nigerian military has left it with no option than to pointedly accused it as not only the financiers of the terrorists but also their collaborator.”

“Our attention has been drawn to yet another blatant, callous, mischievous, and premeditated falsehood against Nigeria military by a suspected Boko Haram collaborators and financiers,the Amnesty International local branch in Nigeria.

“In its 2020 report which it tagged “My Heart Is In Pain:Older People’s Experience of Conflict, Displacement, and Detention in North East Nigeria,the group had accused Nigerian military of committing human rights violation as well as high-level atrocities in its battle against terrorists in the North East.

So far,the Prosecutor General of the International Criminal Court (ICC) on Friday 12 December 2020, alleged that she has found a reasonable basis to believe that “members of the Nigerian Security Forces (“NSF”)” have committed acts constituting crimes against humanity and war crimes.

But the Nigerian based civil society organisation said the report of the Amnesty International resulting in ICC’s pronouncement was a “deliberate falsehood aimed at demoralizing the frontline troops so that their ally the Boko Haram would eventually win their war against the Nigerian state.”

It alleged that the AI has been engaged in “several unfounded allegations ranging from unlawful executions of innocent Nigerian citizens, arson, rape, unlawful detention of elderly people in the military facility by the military authority in the North East”,among others all in its bid to ensure the terrorists gain upper hand in the war.

“Nothing can be further from the truth like these sponsored allegations.

” We wish to condem the report in its entirety. We pass a vote of confidence on our gallant troops fighting in the North East and other parts of the country,”it said.

According to the civil society organisation, “It is in the character of Amnesty International local branch to publish deliberate falsehood against our military and Nigerian state on a yearly basis just to justify their grants and financial support from Boko Haram and its sponsors around the world.”

” We are more aware of their agenda now than ever before, but we have a message for them, that Nigeria belongs to us and we will do everything possible including shading our blood to protect its sovereignty and unity.

“We will never again allow agents of darkness like Amnesty International and its collaborators to disunite us so that terrorists will take over our country,” said.

It noted that:” Our troops remain one of the most professional troops in the world who have been tested in several international theatres through peace keeping missions and foreign collaborations”,adding: “These are verifiable facts for Amnesty International to check if they are concerned about a good work.”

It claimed that,”A careful look of the report shows that it is a hasty and hatchet job done just to criminalize our selfless troops fighting to defeat Boko Haram which Amnesty International is working for, hence the concocted lies to weaken our soldiers.”

“As civil society organizations in Nigeria ,we reject the report in its entirety. We wish to further remind the AI that we have one country and one national army hence we will not allow any group of people working for their selffish and financial interest undermine our troops and national security. It is unacceptable and we will not take it,” it said.

The group asked:” If Ai is a sincere about human rights organization, how come they are quiet about the death of our soldiers and other security agencies in the North East? Why have we not heard AI’s lound voice on the killings of about 36 policemen and 6 soldiers during the #EndSARS protests?” Or when innocent children or citizens are abducted by terrorists or bandits.

“We can’t allow any terrorists’ sponsors like AI hide under human rights protection to undermine our national security.

” Our hospitality has been abused by AI and there is a need for an urgent action before we lose our country. Consequently, we wish to give Amnesty International 7 days to vacate Nigeria’s shore, failure to do so will attract severe consequence,”it said.