Hot Video: “Rawlings asked to be airlifted to US for treatment but Akufo Addo refused” – Mugabe Maase Reveals 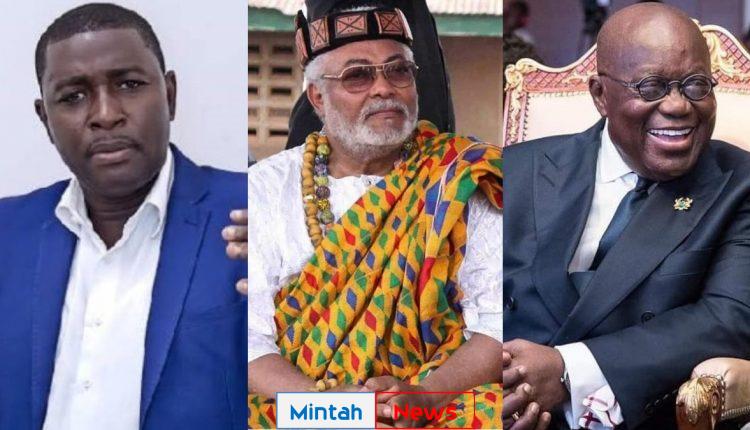 The highly opinionated Mugabe Maase of Power FM has alledged that when the Founder of the National Democratic Congress (NDC) and former president Jerry John Rawlings was admitted at the Korle-Bu teaching hospital, he asked to be airlifted out of Ghana for treatment, however, President Akufo Addo refused.

Mugabe Maase made this known while speaking on Inside Politics powered by Power FM.

Salifu Maase as he’s known in real life further stated that Rawlings as a high-ranking military man was supposed to be admitted at the 37-military hospital and not Korle-Bu Hospital.

“But now that he’s dead. Nana Addo is going about as if he loves him”, Mugabe Maase said.

Flt. Lt. Jerry John Rawlings passed on at the Korle-Bu Teaching hospital in Accra after he was admitted at the hospital.

Following his death, a lot of things have been going on between his family, the NDC party of which he was the founder and the NPP which is the ruling government over how things are supposed to be done.

INSIDE STORY: How COVID-19 nearly killed JoyNews’ Raymond Acquah with no underlying condition