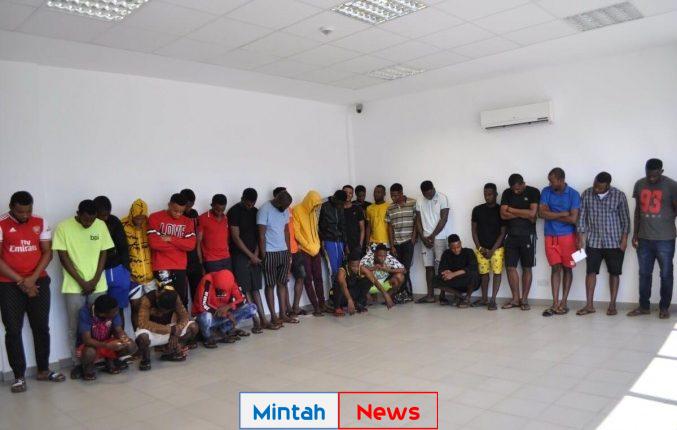 •Hundreds languish in detention as 29 regain freedom after two months

Two young women among the 29 abductees residents of Obigbo (Oyigbo) recently released on court order have narrated to the lawyer handling the matter how they were harassed sexually by soldiers and raped at Obinze Army Barracks in Owerri, Imo State where they were held for three days after their abduction at Obigbo before being transported to Abuja and further held for days in Army Barracks from where they were transferred to the SSSS.

The Int’l Society for Civil Liberties & Rule of Law (Intersociety) disclosed this while announcing the release, on Wednesday evening, December 30, 2020 “of 29 innocent and defenseless residents of Obigbo” allegedly abducted during a military exercise and detained incommunicado for some two months.

Giving the background to the case, Intersociety said: “They regained their freedom after two months of incommunicado or secret detention following their abduction from different parts of Obigbo by soldiers of the Nigerian Army in late Oct and early Nov 2020 who falsely and hatefully labeled them “IPOB members/terrorists”, a death code used by the Muslim held Nigerian Government to kill and terrorize defenseless Igbos across the country.

“The Nigerian Army had after their abduction and arrival at Abuja and Niger State, divided them into groups and dumped them in various secret dungeons including those of SSS and Army training and secret detention facilities such as Abacha Barracks and SSS dungeons in Kuje. Their release was sequel to perfection of bail conditions attached to a Court bail granted to them on 24th Dec 2020 by Aminu Mohammed Abdullahi, Chief Magistrate of the Grade 11 Magistrate Court, sitting in Wuse, the Federal Capital Territory.

“The freed 29 Army abductees, among them are two young women, were released from secret cells manned by the Nigeria’s Spy Police or SSS at Kuje and Jabi, following their secret transfer to SSS secret cells by the Let Gen Tukur Yusuf Buratai led Nigerian Army back in late Oct or early Nov 2020. The freed 29 were part of not less than 400 defenseless Obigbo residents abducted by the Nigerian Army between late Oct and early Nov 2020 and secretly airlifted and land-transported out of Rivers State at night and dumped incommunicado for two months in different secret dungeons scattered in Abuja, Niger, Kaduna and Zamfara states.

“Out of the abducted 400, 52 secretly held in four locations in Niger State: Jebba, Kontangora, Zungeru and Jebba were recently rescued, granted Court bails and released. Others are presently languishing in Gusau, Zamfara State, Kaduna, Abacha Barracks in Abuja, among others. It must be noted that the present Nigerian Army is secularity challenged, having been presently dominated and controlled by Northern Muslims.”

Intersociety aid that; “As it stands now, the number of innocent and defenseless Obigbo residents found to be held by the Nigerian Army in Abuja alone has risen to 157, out of which 29 have just regained their freedom-with 128 others remaining. That is to say that more seven defenseless Obigbo residents have been discovered to be among those being secretly held in Abuja. Elsewhere in Niger State, 52 of the 400 or more abductees were recently rescued from not less than four different secret Army dungeons in the State and were granted bail and freed in four batches through four Court bails granted by a Federal High Court sitting in Minna, a Niger State High Court and a Grade 11 Magistrate Court in the state.”