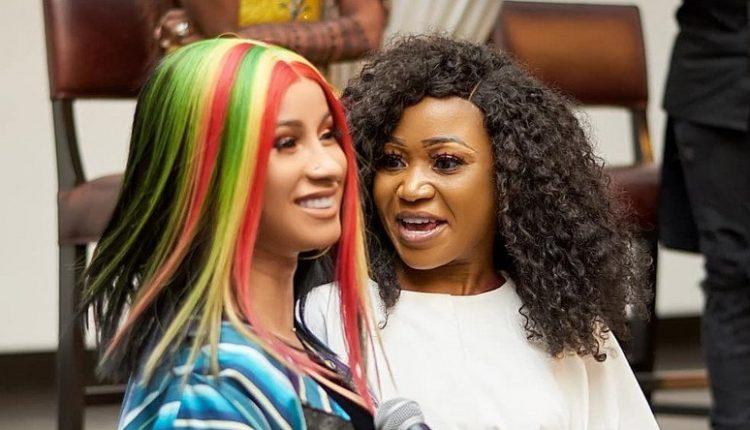 American Sensational Rapper, Cardi B has voiced out her discontent with the 90 days jail term given to Ghanaian Socialite, Rosemond Brown aka Akuapem Poloo.

According to the multiple Grammy award winner, the verdict hand down to Akuapem Poloo by the Accra circuit is very harsh.

Reacting to a social media post that requested her take on the jail term, Cardi B said ”I seen a lot of Americans do photoshoots like that. Even tho is not my style I don’t think she was going for sexual more going the natural idea. I think jail is a bit harsh. Maybe social media probation or community service.”

Cardi’s reaction follows after Akuapem Poloo was charged with the publication of nude pictures with her seven-year-old son on 30th June 2020.

She was sentenced to 90 days on each count after she changed her not guilty plea to guilty before being convicted. The court said the sentence must run concurrently which means she will only serve a 90-day jail term which three months.

The Court presided over by Her Honour Mrs. Christiana Cann insists that such cases are becoming prevalent in society, and Institutions including the court must act.

Contrary to popular belief, the court said its decision was thoughtful because it took into consideration all the pleas for mitigation before arriving at its decision.