It is against the bible to marry a divorcee, Prophet Kumchacha 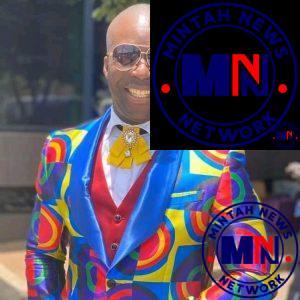 Nicholas Osei also known as Prophet Kumchacha ,founder of Heaven’s Gate Ministry has made a shocking revelation about marriage and divorces.

He said, anyone who has divorced shouldn’t think of getting married to another person because its unacceptable and against the Bible.He therefore backed his claim with scriptures

OPEN LETTER TO THE CHRISTIAN ASSOCIATION OF NIGERIA (CAN)…

“When you divorce your partner, you have no right to marry again till the end of the world. The command was from God to Paul. Matthew 5: 31-32 gave further explanation on the issue of marrying a divorcee. The bible was clear, we don’t marry a lady who has divorced a man before, let me say, a second-hand lady – we don’t marry such people again. The only thing that supports divorce is cheating – even with that, the man or woman has no authority to marry again. It’s a sin.”

Meanwhile, he stated that he does not throw his support behind abusive marriage.

“I don’t support abuse in marriage. Yes, the bible speak against divorce which I support but also I’m against various forms of abuse. Report your partner if he threatens to divorce you but don’t divorce him or her. Use the law” he said.

‘Twist My Words Again And I Will Bloody Sue You!’ – Vim Lady of UTV Warns Ghanaweb Over ‘Misinterpretation’ of Her Words [Video]

‘Don’t Propose To Me If Your D!ck Can’t Shift My Womb’ – SHS 3 Girl Tells Men Who Desire To Have Her In Bed [Video]

Non-payment of trainee teachers’ allowance not only unacceptable but cruel, insensitive –…