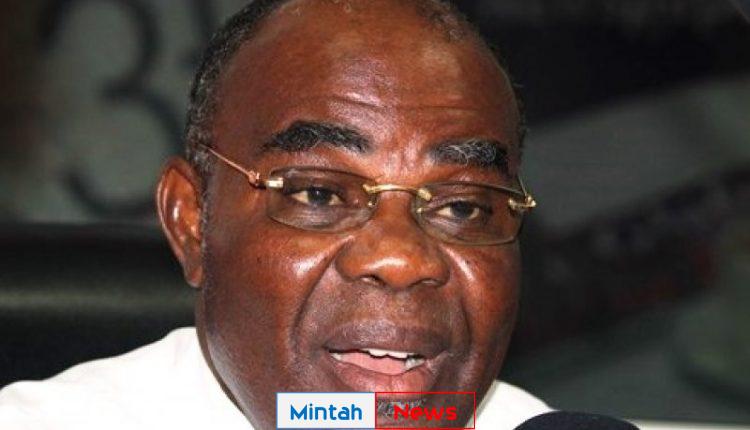 The time has come for officials of the Electoral Commission (EC) who are found to have engaged in electoral fraud to be put before the courts to answer questions, Nii Ayikoi Otoo, Ghana’s High Commissioner to Canada, has said.

The former Attorney General under the Kufuor administration made the comments while speaking on TV3’s Key Points programme on Saturday January 2.

The discussion was on the election petition filed at the Supreme Court by the Presidential Candidate of the National Democratic Congress (NDC) John Dramani Mahama.

The NDC and Mr Mahama on Wednesday December 30 filed the petition at the apex court which seeks, among other things, a rerun of the presidential elections, asking the Court for an order to restrain Nana Addo Dankwa Akufo-Addo, the Second Respondent, from holding himself out as President-elect.

Mr Ayikoi told host of the programme Abena Tabi that “You find out that in the law, it is not only people who come to commit offences who are held liable but even officials of the EC could be also be held liable for having done wrong things.

“It is about time we started putting some of them before court.

“There was one on social media where somebody was alleged to have opened a private polling station for children, he was arrested and was begging.”

Regarding the election petition, he said that the NDC has a bigger responsibility to prove their case in court after filing an election petition challenging the results of the December 7 elections.

He said that they will need to present an evidence to prove that no presidential candidate in the election crossed the 50+1 to win.

“They are saying nobody crossed the 50+1. So they have a bigger responsibility in my view, to prove. He added, “The idea that was fed out to the public was that somebody has done something wrong and that we have won the presidential and parliamentary but if you read the petition there is a clear request for a re-run which is based upon the fact that constitutionally nobody crossed the 50+1 .

“That is a different ball game altogether compared with what we were hearing before the petition was filed.

“You should be bold to say that ‘I won the election, this person did not win the election but their style is different.”

For his part, a private legal practitioner Martin Kpebu proposed that the electoral laws should be amended to allow respondents in an election petition to be served electronically.

Mr Kpebu said “If the parties and the court intend to insist on the time that have been allocated it will mean in practical terms we will go beyond 42 days . As we sit now since the president has not been served they can’t start.

“So it means that if it takes one week or seven days to serve the president, it means you have 42 + 7. If the judges want to give us 42 days then they may have to give up part of their time.

“Moving forward the next time we are going to have an election, there should be a column where we will say that the candidates should provide their email address for service in the event of an election petition so that electronically you can be served. I can’t imagine trying to get security clearance to go and serve him. It is ridiculous.”