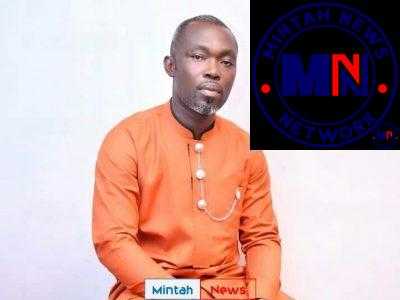 Onipayede Osom Teye a declined Independent Presidential Aspirant in 2020 General Election has condemned the act of citizens blaming leaders alone when a nation is beyond corruption.

Talking to media during one on one interview on Wednesday, Onipayede Osom Teye said many citizens in one way or the other support the leaders to steal what is originally belongs to the nation.

“Corruption is when a system is working and one or few decides to compromise on their duties for bribe or other grounds, but when you have groups formed out from political parties, tribes or families teamed-up to take on anybody who can question or stop them, and are also desperate to even kill anyone on their way, then it is no more corruption but gang of thieves or robbers, and such groups can never succeed without the support of majority or some citizens” Onipayede Hinted.

“There are always three categories in gang supporters, *1* those who get some percentage of amounts stolen by the gang *2* those who will not get anything but they admire the gang because of tribalism, family or political affiliation, and *3* people who use their monies or resources to bribe their way into getting positions in the Nation, which some of these people end up losing big time” Onipayede Added.

“Sometimes I found these supportive very strange because why would someone support a gang that will rob his/her own nation, and get something little or gain nothing atall or end up losing? when someone is doing something strange to you, take your time and watch it very well you will see if it is not out of Extra-ordinary Wisdom, then it is ignorance or foolishness or stupidity” Onipayede Hammered.

“If a nation gets to a stage of gangsters upfront then it is unfair to blame the leaders alone because we the citizens blaming the leaders are those who voted for them and also supporting them to steal us” Onipayede Landed.