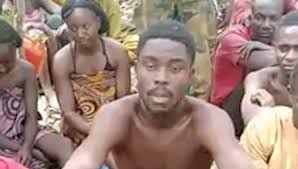 The 27 students abducted by bandits from Federal College of Forestry Mechanisation, Afaka, Kaduna State, have been released.

A report by Daily Trust newspaper has it that the student’s release was facilitated by facilitated by the Sheikh Abubakar Gumi dialogue committee with support from former President Olusegun Obasanjo.

Their abductors had initially demanded a N500 million ransom from the Kaduna State Government but Governor Nasir El-Rufai ruled out the option of negotiation, saying bandits deserve to be killed.

‘Please If Them Send You Tell Dem Say U No See Me’ – Stonebwoy Refuses To Take Part In #FixTheCountry Campaign, Gives Reason Why