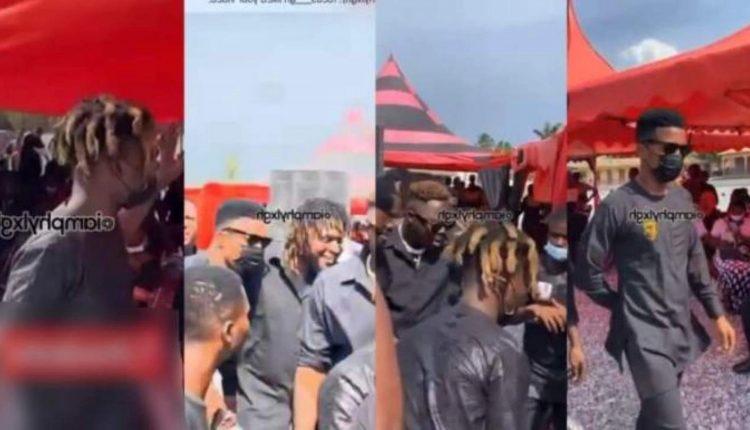 Kofi Kinaata, Medikal, and others storm Quamina MP’s father’s funeral in grand style as they mourned with him.

The ’Amanfour Girls’ rapper lost his father after a fatal accident on the Akosombo-Accra highway whilst in a vehicle with him.

Quamina MP came out unhurt from the November 26, 2020 road crash but sadly his father passed on later after his critical condition.

Quamina MP‘s father was laid to rest on Saturday, April 24, 2021, and colleagues of the Ghanaian musician showed up to support him.

The funeral was held at Mankesim in the Central Region with the likes of Medikal, Kofi Kinaata, Dope Nation, and other stars in Ghana making an appearance to mourn with Quamina MP.

Announcing the funeral yesterday, Quamina MP who released a tribute EP to eulogize his father a few weeks ago, disclosed that today would have been his birthday. 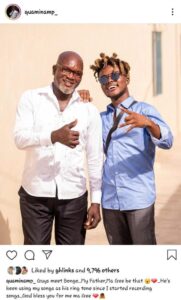 “He’s been and will always be there ..Tomorrow God willing is his birthday, coincidentally Tomorrow we lay him to rest 😭..Happy birthday in Advance Daddy… Love you,” the musician said in his post yesterday.