According to comments that accompanied this news on social media, the lady was alone in her room and felt like having intercourse and since there was no man to pleasure her she opted for the vibratory.

So as she was into the act of using the shaker which was plugged, unfortunately, it developed a fault after which shocked her and exploded in the vajayjay that almost killed her. 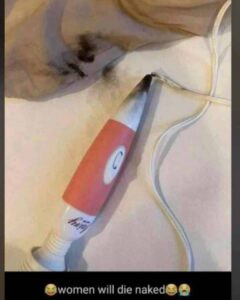 In recent times, the use of vibrators amongst women has become popular. Though I can’t give the exact reasons why they go in for this sex toy, it can be said the women who use that want to pleasure themselves for the fun of it.

Naomi to get another opportunity at Shayna Baszler

1.75% E-Levy Tax Should Be Reduced For Ease Calculation…

IGP embarks on a Two-Day Visit to the Volta Region