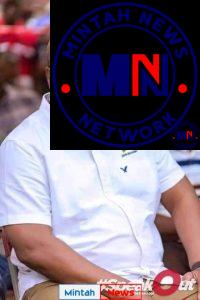 Former President John Mahama has filed a motion seeking to amend mistakes the petition he presented to the Supreme Court over the 2020 elections.

The motion signed by his lawyer Tony Lithur was filed at the Supreme Court today Friday January 8,2021.

Mr. Mahama in the motion said, “in indorsing on the Writ, the addresses of the parties to be served, an error was made in the description and positioning of the parties in Paragraph 6, which l seek leave to correct”.

It further said “in the relief numbered (f) on the Writ which was repeated in paragraph 35(f) of the Petition, there is typographical error in the third and fourth lines, which refers to “1st Respondent” instead of “2nd Respondent”, which I also seek leave to correct”.

“Counsel has advised me that the parties to the Petition have otherwise properly been indorsed on Writ and correctly described in the Petition. In the Appearances which Respondents have caused to be filed on their respective behalves, they acknowledge their correct and proper designations and descriptions. They would therefore not be prejudiced in any manner if the amendment is granted. A copy each of the proposed Amended Writ and Petition are attached and marked compositely as Exhibit “AMENDMENT 1. I seek the amendment in good faith”.

Meanwhile, The National Democratic Congress says will not recognise Nana Akufo-Addo as President of the country until all issues surrounding the December 7, 2020 elections are resolved.

“Let me state without any equivocation that the NDC shall not recognize Mr Akufo-Addo as the President of Ghana until all issues surrounding his flawed elections are satisfactorily resolved,” General Secretary of the party Johnson Asiedu Nketia said at a press conference Friday.

Nana Addo Dankwa Akufo-Addo was on Thursday sworn-in as the President of the Republic of Ghana to begin his second term in office.

The swearing-in ceremony took place at the forecourt of the Parliament House.

Akufo-Addo won the December elections with over 51 per cent of total valid votes cast to secure a second term in office.

Before the swearing-in of President Akufo-Addo, Dr Mahamudu Bawumia was sworn-in as the Vice President of Ghana.

The process leading to the swearing-in ceremony was nearly marred after soldiers stormed Ghana’s parliament over a protracted stalemate between MPs-elect over the election of a new Speaker of the House.

The election went into a near-violent hold up after leadership of the NDC in the House accused their colleagues from the NPP of violating the secret ballot rule of the election by showing their ballot to themselves.