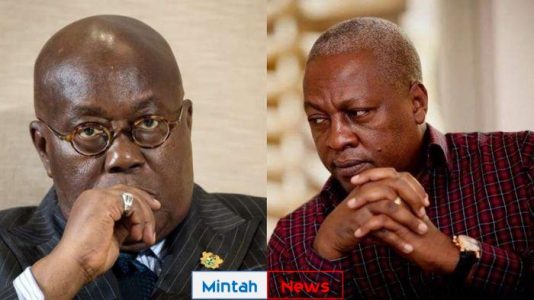 Mr. Akufo-Addo says the petition is borne out of unfounded imagination.

The NDC leader is in the Apex Court asking that it annul the election results that saw Akufo-Addo declared president.

He argues that Mr. Akufo-Addo benefitted from arithmetic errors and vote padding.

Akufo-Addo, Prempeh, and Co, a law firm founded by the President subsequently filed a 12-paged response on behalf of the President.

The President through the firm argues that the petition does not disclose any attack on the validity of the election held through the 38,622 polling stations across the country.

It describes the allegation of vote padding involving some 6622 votes as empty and insignificant to materially affect the outcome of the election.

The firm noted that Mr. Mahama’s petition failed to disclose how many votes he should have obtained except pointing out that none of the candidates got more than 50% of the votes cast.

The petition is then described as “merely conjectural and borne out of unfounded imagination”.

This, the President through the firm said is because, Mr. Mahama in his petition argues that if all votes from Techiman South Constituency are added to his votes, the NPP’s Akufo-Addo will get less than 50% plus 1 of the votes cast.

Mr. Akufo-Addo in his response notes that the results from Techiman South were known to Mr. Mahama at the time of filing his petition.

These votes, Mr. Akufo-Addo says if credited to each candidate will reveal that he duly obtained more than 50% of the votes cast.

Mr. Akufo-Addo’s lawyers have served notice of raising an initial objection to the petition.

This objection will be to argue that the petition does not meet the requirement of Article 64(1) of the constitution.

This article states, “The validity of the election of the President may be challenged only by a citizen of Ghana who may present a petition for the purpose to the Supreme Court within twenty-one days after the declaration of the result of the election in respect of which the petition is presented.”

The President concludes by describing the petition as incompetent, frivolous and vexatious.