The Minority in Parliament has accused the Akufo Addo administration of excessive borrowing. The Minority says the level of borrowing by the government is too much and must be checked. 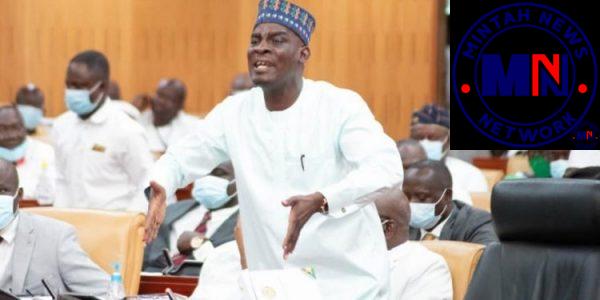 The Minority in Parliament has accused the Akufo Addo administration of excessive borrowing.

The Minority says the level of borrowing by the government is too much and must be checked.

Speaking at a post-budget workshop for MPs in Ho in the Volta Region, Minority Leader Haruna Iddrisu said the situation presents dire consequences for the country.

According to him, the government cannot solely blame the COVID-19 for its poor management of the economy.

“The record is that President Akufo-Addo has increased our debt stock from GHS120 billion to GHS291 billion representing some 76% of debt to GDP. He chose conveniently to blame COVID-19 for the poor performance of the economy, and yet he is seeking to recover from COVID-19.”

The Akufo-Addo government had earlier said the country’s debt grown had been slower under it.

It says despite the massive investments made into social intervention programmes and the impact of the COVID-19 pandemic the debt has increased at a slower rate.

Mr. Kyei-Mensah-Bonsu made this statement when he appeared before Parliament to present the government’s budget statement for 2021.

“Despite the impact of the COVID-19 pandemic, the rate of growth of the public debt has been lower under our government than under previous governments. The rate of debt growth was also slower under our government despite investment in our flagship programmes such as Free SHS; Planting for Food and Jobs; NABCo; One District, One Factory; One Village, One Dam; One Constituency, One Ambulance, and the restoration of the allowances for trainee teachers and nurses, among other things, while maintaining macro-economic and exchange rate stability.”

This, according to him, was made possible by the prudent management of the economy by the Akufo-Addo administration.

“This reinforces the fact that the Akufo-Addo government and indeed the NPP is simply better managers of the economy and better protectors of the public purse,” he said.