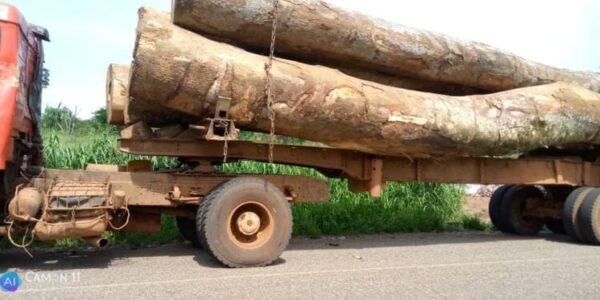 A 27-year-old motorbike rider died on Tuesday, April 20 after running into a stationary truck on the Begro-Ahomam road

Police report says the lifeless body of the Gabriel Angmor was found in a pool of blood with deep cuts on his head, lying on the shoulders of the road.

The deceased was riding an unregistered Houjin motorbike from Ahomam to Akorado about 7:00pm.

On reaching a section of the road, he ran into the rear portion of the stationary timber trailer with registration number GT 2899-Q and died instantly.

The deceased’s unregistered Houjin motorbike was found under the stationary timber truck facing the Obourho direction.

The body has been deposited at the Begro Government Hospital pending identification and autopsy.

The motobike has been impounded, awaiting testing and examination by DVLA technicians.

The Eastern Regional MTTD has pointed out that motorbike accidents were on the increase in communities.

Kim Kardashian And Her Sister, Kylie Jenner Put Their Banging Body In Display As They Flaunts Their Curves Wearing The Same Bikinis [Photos]