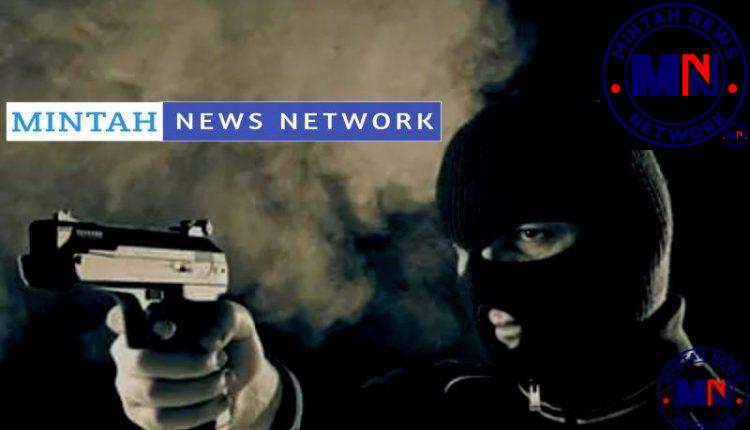 One person was shot dead as four armed robbers attacked the Goodness Energy Filling Station in Akyem Osiem in the Abuakwa North Municipality of the Eastern Region of Ghana.

The Abuakwa North Police Command has since confirmed the incident.

The Command said at about 7:20pm on Monday, April 5, four men armed with three pump action guns and a knife attacked the fuel station.

The armed men fired indiscriminately resulting in the death of one Nuhu Yashawu, 32. He was escaping from the scene, the police stated.

Another victim, Padmore Ofosu, 71, was also hit at the back by a pellet but was treated and discharged.

The robbers took away the night sales plus a Motorola phone belonging to the night security man, Adamu Zakari.

Five empty cartridges were retrieved from the scene.

Body of the deceased has been deposited at the Haw Memorial Hospital Mortuary at Osiem for autopsy whilst police commence investigations.

No arrest has been made yet.