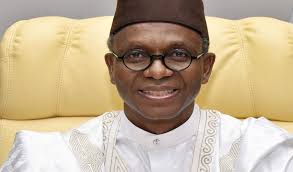 Preamble:
With full respect and regard, I humbly write to seek your assistance and remind you of a Godly adventure which I believe you are the only one that can undertake.

You are aware that 39 students of the College of Forestry Mechanization located in Afaka Local Government Area of Kaduna state were kidnapped from their hostel on Friday 11th March, 2021.

This by implication places the innocent students in a position of collateral damages in a battle between the bandits and Elrufai.

Why CAN?
I am forced to believe that the Kaduna state Governor is neglecting the students because majority of them are Christians and not Muslims of his denomination.

Yes there are five Muslims among the kidnapped students, but he has the record of participating actively in the extra judicial killing and burying of 347 Shi’a Muslims followers of Sheikh Ibraheem Zakzaky in December 2015. This figure was revealed to the Judicial Commission of Inquiry set up by the Kaduna state government to investigate the killings of Shi’a Muslims including men, women and children .

As they were butchered by the army, with some even burned alive, non Shi’a Muslims were invited to the scene to scavenge and steal personal belongings of the murdered Shi’as by the army who were chanting “no more Shi’a”.

If a state Governor could actively participate in the murder of Muslims for simply not belonging to his denomination, what more of kidnapped Christians who don’t belong to his religion at all? Definitely this is the source of the silence.

This is so because he had a different view before now. Since the advent of this regime, he was the first to set up a committee to negotiate with bandits where unrevealed amounts of monies were paid to them to stop attacking Southern Kaduna areas. Definitely, it will be a contradiction for him to now wake up today and claim that he does not negotiate with bandits simply because the victims are Christians.

This issue is beyond just the display of arrogance to prove that he does not negotiate with bandits, it is also clearly an act of nepotism because those involved are Christians. We have all heard how in the past he insulted Jesus Christ (Alaihis Salam) just to counter his political opponents.

I believe only CAN can help secure the lives of these innocent students because even as a Muslim I can not trust the Nigeria Supreme Council of Islamic Affairs, NSCIA on this matter. It was not only silent about the injustice perpetrated on Sheikh Zakzaky and his followers but also supportive of the killings which was clear from its deliberate silence and negative comments. It has turned itself into a mouthpiece of the government’s misdoings.

It is only CAN that had called on the Nigerian government to respect and regard the judiciary by obeying the court and releasing the revered Sheikh Zakzaky as it did to Sambo Dasuki. Definitely CAN had proven itself to be upright in responding whenever there is institutional intimidation of innocent citizens. Indeed the recent report by the US has declared that Sheikh Zakzaky is but a political prisoner intimidated by the state because of his views and not the pathological lies concocted by the government of Elrufai declaring him as a terrorist.

How CAN can help:
The Christian Association of Nigeria is highly prestigious and respected organization in Nigeria and beyond. Recently, ten of the Afaka 39 were released by the kidnappers in two batches of five each. This was as a result of the efforts of the poor concerned parents, one of who had died of complications resulting from trauma caused by the kidnap of his daughter. The parents were left helpless and unassisted by the government and even threatened to keep silent. Not even the federal government had made a comment on the matter even as the school is under a federal ministry. Nothing is being done by the government in that direction as the lives of the 29 remaining students is endangered.

Just of recent, the kidnappers have threatened to kill the remaining 9 male students in captivity and marry out the remaining 20 female students, most of who are all Christians. This is indeed a major threat not to be taken as a joke as one of the released student had described them saying “they don’t know God”. If they can be ruthless enough to kidnap the innocent students, then implementing what they said is nothing to them. The lives of these innocent students is endangered.

Conclusion:
I seek CAN to please liaise with the poor parents of the students and offer them the necessary assistance while the parents negotiate with the kidnappers to save the lives of the innocent students. Their lives must not be allowed to be wasted by some lunatics out there simply because we have a government that is nursing some individual whims and caprices in exchange of the lives.

Refrigerator, washing machine, and money has been given to viral pure water seller by a Business man (photos)