OPINION: An Open letter to those who voted for NPP – Kwabena Yankah 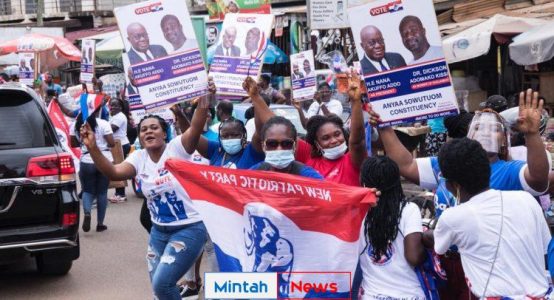 Citizens of Ghana have been warned to stay away from the precincts of parliament where the man they supposedly “elected” is expected to be sworn in. According to the Inauguration Committee, the event is strictly by invitation.

This is the first time in Ghana’s history where presidential inauguration is done strictly by invitation with over 6,000 military, national security and police officers deployed for protection. It has always been an open door event so that all who’re interested could attend.

As committed NPP followers, how are you feeling upon learning you’re not welcomed at the “inauguration” of the man you vigorously campaigned for, defended, defile all odds to register and vote for? Are you happy?

The man you queued under the scorching sun to elect is preventing you from witnessing his inauguration. Is it not your vote that supposedly made him “president?” If majority of you had decided to stay at home on election day, would he be where he’s today?

I remember how he begged for your mandate in 2016, and repeated same in 2020. Look at his posture today. He relied on your support during the struggle, but after getting what he wants, he’s forgotten about you. He’s forgotten about you even before he ascend the throne. Smacks of betrayal, init?

Well, in his eyes, you were all expendables. You were only needed during his campaigns. The electors have become useless to the elected. The King makers are not allowed to witness the crowning of the King – they’re own King.

Do I feel sorry for you? Not at all. You were all paid during the campaign but you didn’t know. You were so naive you thought the monies they gave you time without number was out of love and compassion.

All the little little tokens you received were payments for your services. You were only interested in you pocket and stomach. You chose instant gratification over the long term collective interest of Ghana.

Next time you’re given Gh¢20, Gh¢50 or Gh¢100 to shout 4more to do more, know that you’re selling your vote and forfeiting any future opportunity to demand accountability, development and inclusivity.