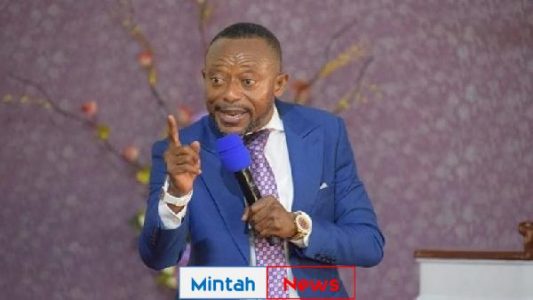 As has become common in Ghana during Watchnight services, prophets predict happenings in the New Year to serve as warnings and to call for intercessory prayers on behalf of those involved.

These prophecies over the years have been characterised by predictions of deaths and disasters but also of political wins.

This year, self-styled ‘Nation’s Prophet’ who is also the Founder and Leader of the Glorious Word and Power Ministry, Reverend Isaac Owusu Bempah has listed some prophecies for the New Year.

However, unlike previous years, he failed to mention the names of those who will be directly affected by these prophecies.

He explained that recent hostilities and acts of mockery against prophets have made it necessary for him to avoid mentioning names.

“Now, in 2021 a great king will die, but due to the insults people will hurl at me, I will not mention his name. But if God speaks to me to go and speak to him, I’ll go.”

Here is a list of his prophecies for the New Year:

3. The death of a person who has ruled Ghana before.

4. A great political party will be bereaved, as they would lose one of their leaders.

5.The death of a person who is likely to be President of Ghana.

6. The death of a person who has controlled and managed the finances of the country before.

7. Fire outbreaks may be rampant.

9. Two musicians may die. One old, one young.

10. There will be a plane crash with a prominent person onboard. (This prophecy isn’t exclusive to Ghana)

11. The NPP and the NDC must be prayed for or else they will lose great leaders.

12. Drivers should be very careful in 2021, there will be alot of raod carnages.

13. A great leader in Nigeria will pass away.

14. I saw France being covered in dark clouds.

15. I saw the flag of Britain becoming black which signified the death of a prominent person.

16. The death of a former President of the United States of America.

17. There will be floods and fire outbreaks in America.

18. There will also be floods in Ghana.

19. Finally, there might be a coup attempt in Ghana, which will destabilise the country.

The Prophet after the prophecies called for intercessory prayers on behalf of those involved and the country as whole to avert the deaths and disasters.