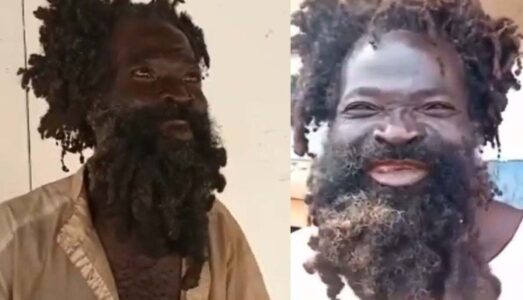 Ace journalist Kofi Adoma and some family members of Ghanaian celebrity ‘madman’, Mona Moobl3, have managed to completely shave the insane man in an attempt to bring him back to his rational self.

Right after getting the decent haircut, Kofi Adoma took to his social media account to share photos showing the massive transformation Mona Moobl3 has gone through.

This follows after Kofi Adoma interviewed him in the presence of his family.

They country have been blessed with all kinds of celebrities, from nude Instagram models and slay queens to actuall individual with talent but we’ve never had a mad celebrity until this year.

Mona Mobl3 became a social media sensation after videos of him giving his advice and catchy phrases went viral. Mostly the fact that he operates an IG account despite he being apparently mad is what never seizes to amaze the public.

Check out the new Mona Moobl3 below; 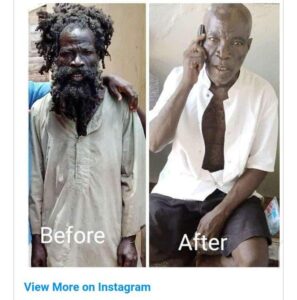 Non-payment of trainee teachers’ allowance not only unacceptable but cruel, insensitive – Educationist