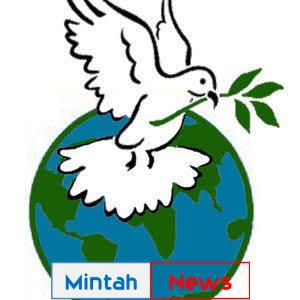 A peace advocacy group has thanked the Plateau State governor, Barr. Simon Lalong and the Commander of Operation Safe Haven and other security agencies for restoring peace in the state.

It urged the government, the special military outfit as well as other security agencies involved in the state’s peace efforts to sustain the tempo with a view to enthroning permanent peace in the state.

The group under the aegis of Conference of Plateau State Peace Builders’ Network, in a statement, Thursday, particularly hailed Operation Safe Haven for exhibiting professionalism,saying the disposition of men of the internal military outfit to last week’s unprovoked attack on its men deployed to calm frayed nerves during last week protest embarked upon by local government workers in Plateau State was indeed commendable.

Regretting that the men who were constitutionally deployed to quell the tension arising from the state council workers protesting non implementation of minimum wage at the local level were rather shot at , resulting in the wounding of a Lance Corporal, the group in a statement by its national coordinator,Dr Dung Bot and national secretary, Barr. Mrs Lucy Wuyep, respectively,expressed happiness that soldiers were decisive in dispersing the protesters and did not respond with force when provoked.

“Ordinarily, there would have been serious casualty figure because of the unruly behavior of some of the local government workers who were protesting over non implementation of minimum wage, leading to the shooting of a soldier in the rank of Lance Corporal,” the statement said.

The group explained that:”This statement is aimed at commending the efforts of the Plateau State Government, particularly Operation Safe Haven (OPSH) on the peace we are enjoying on the Plateaus.”

“We wish to generally commend the Plateau State Government for putting in place the right framework that is responsible for the current peace we are enjoying on the Plateau.

“We applaud Operation Safe Haven for living up to the citizens’ expectations in combating terrorism, banditry, cattle rustling, farmers/ herdsmen conflict, kidnapping, cultism and other social vices up to this moment,” it said.

According to the Conference of Plateau State Peace Builders’ Network,”The uncommon peace and tranquility we are experiencing today in Bassa , Barkin Ladi Riyom and other local government areas of Plateau State which used to be hub of crisis has made the state safe today to all genuine businesses and activities.”

“We must thank the governor of Plateau State, the Commander of Operation Safe Haven and his men and other security agencies for the current peace we are enjoying today. We urge them to sustain it this year.

“We wish to specially thank all the officers and men of Operation Safe Haven for the aggressive patrol during the yuletide season which made it almost crime free. This is the first of its kind after a long while,” it added.

Going further, the peace advocacy organisation said:”We wish to particularly commend all the officers and men of OPSH and other security agencies for the show of professionalism and restraint during the local government protest despite the high level of provocation within the week.”

“Ordinarily, there would have been serious casualty figure because of the unruly behavior of some the the local government workers who were protesting over non implementation of minimum wage,leading to the shooting of a soldier in the rank of Lance Corporal,” it said.

It claimed that:”We observed with regret that the legitimate protest which started peacefully was later hijacked by hoodlums and politicians alike.”

“We thank the security agencies particularly Operation Safe Haven for the massive and timely deployment of personnel to quell the protest. This act no doubt averted what would have been crisis and possibly resulted to a very devastating effect on the current peace on the Plateau,” it added.

OPINION: Why I snatched the ballot papers before the official declaration of Speaker – Hon. Carlos Ahenkorah