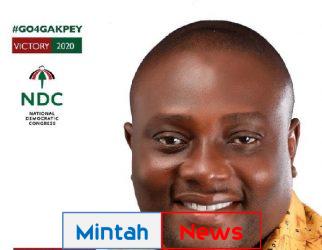 Two persons suspected to be behind the attack of the Member of Parliament elect for the Keta Constituency have been arrested by the police.

Hon. Kwame Dzudzorli Gakpey was attacked by some unknown person at his residence at Afidenyigba on the dawn of Friday, December 11, 2020.

According to the police, the two persons were arrested on Friday, December 11, 2020.

The Volta Regional Police Public Relations Officer, Sergeant Prince Dogbatse, said, the police are treating the crime purely as a robbery incident and not a political-motivated incident.

“The police is treating this as a clear case of a robbery that was visited on the MP-elect for the Keta constituency, and we have commenced investigations into it. Currently, we have picked two persons in connection with that crime, and they are assisting our investigations so far… We are treating this purely as a crime,”

The Police P.R.O. said the two persons were arrested in the Anlo-Afiadenyigba area based on police intelligence.

“They were arrested within the environs of Anlo-Afiadenyigba…We will not give out too much information, but they are being interrogated,”

The MP elect managed to flee from the claws of his assailants to the Afiadenyigba police station were he went to make a formal complain of the incidence that had befallen him.

Sergeant Dogbatse said the MP-elect together with other members of his household who were also attacked are receiving medical care at a health facilty in the Volta region.

He added that police are currently providing protection for the MP-elect while he receives treatment and a decision will be taken on whether the protection will be extended after his treatment.

“The victim at the last check was at the hospital and was visited by the Divisional Commander of Keta, and he is hale and hearty. At the hospital, he was given security… That will be until he is discharged… A decision will be taken whether the protection should continue when he leaves the hospital,”

Michael Owen predicts the result for Fulham vs Liverpool

Juventus to swap Ronaldo for Pogba