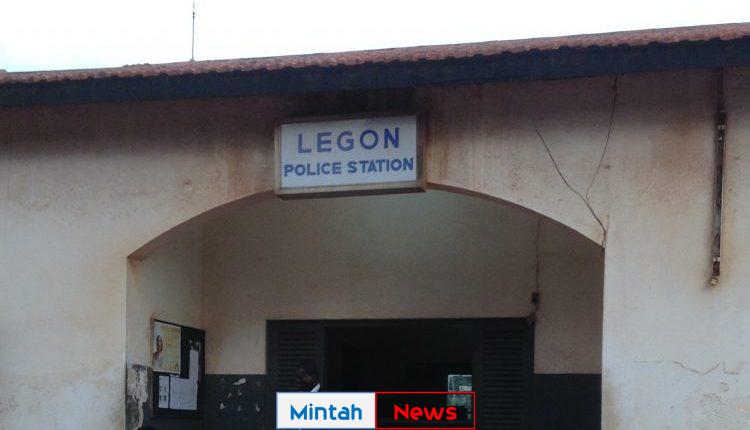 A policeman with the Motorbike Unit of the Legon Police Station yesterday afternoon detained a reporter of The Finder newspaper for recording videos of him in the line of duty.

The officer, whose name was given as Sergeant Solomon Tackie, had been incensed by the video recording which the reporter, Selorm Gborbidzi, had done of him after he had stopped the trotro the reporter was in.

Find below is his full statement:

The incident occurred at the Legon bus stop, when the officer spotted the driver’s mate of the said trotro having his upper body outside of the vehicle, calling for passengers as mates usually do.

When he got to the vehicle, which had moved on to the bus stop after the Legon roundabout to park despite directions from the incensed policeman to park immediately, he instructed the driver to get out, while instructing the passengers to disembark.

This call displeased the passengers, who had been wondering what offence the driver, one Rashid, had committed. It was at this point that Sgt Tackie said it was the mate who was the offending party.

This information did not go down well with the passengers, who insisted that since it was the mate, and not the driver who had committed an offence, he could not rightly seek to punish the driver, and by extension them.

This led to a protracted exchange between the driver and the police officer. At this point I thought the situation was becoming absurd so I decided to record the incident.

This action displeased Sgt. Tackie, who tried to seize my phone. I resisted his attempt.
This attempt to confiscate my phone led to further confrontations with the other passengers. At this point he got on his walkie-talkie to call for backup from the office.

It was at this point that other passengers started accusing him of being drunk on duty, as they could smell alcohol on his breath.

At about 12:45pm, some 15 minutes after the incident started, the squad car arrived.

He then grabbed me and shoved me into the car, without telling me what my offence was.

The other passengers then asked the newly arrived policemen where they were taking me, to which they answered that they were taking the reporter, whose identity they did not know at this point, to the Legon Police Station, few metres away.

En route, the two new officers tried to take my phone from me, because they “need to see what you are doing. You can’t be hiding and doing it.”

At this point I opened the gate of the moving vehicle and started screaming that what they were doing amounted to harassment and I needed to call my boss. I did call my boss while all this was going on.

We got to the office, which was few metres from the bus stop where the incident had started.

They again tried to take my phone from me, which I again resisted, as I did not know what they wanted to do with it.

One of the two police men then twisted my right arm behind me in an attempt to get me to relinquish my phone.

I again insisted that until I had secured my phone, I could not safely hand it to them. I eventually had to give it to the female officer who had been behind the counter when I first arrived.

They then asked me to sit on a bench behind them (at the counter), where they took my possessions from me and started making snide comments about journalists and a sense of invincibility and our tendency to act as though we are above the law.

Sgt. Tackie arrived subsequently and proceeded to goad me further.

Following this, I was told I would be charged for obstruction of justice and illegally snapping a video of a police officer in his line of duty.

They asked for my name, which I gave them. When they asked me to write it down, I told them I could not, unless my editor had arrived.

At this point, (an indeterminate amount of time after my arrival), they asked me to remove my shoes and socks and go into the cells.

I was in the cell for over an hour when the other cellmates told me it was merely procedural, so they would plead with me to “co-operate” with the police men.

The other officers in the office also came to tell me that I was being “stubborn and difficult”.

I eventually relented and gave them the information they had been seeking, but not before another officer, who seemed to be of high rank, came to tell me he could keep me in the cell all night.

At about 3:40 (I had no watch or phone), charges were officially levelled against me for obstructing an officer in his line of duty, illegally snapping videos of a police officer on duty and insulting a police officer.