POLITICS IN GHANA: The Battle is always the Lord’s – William Ahadzie 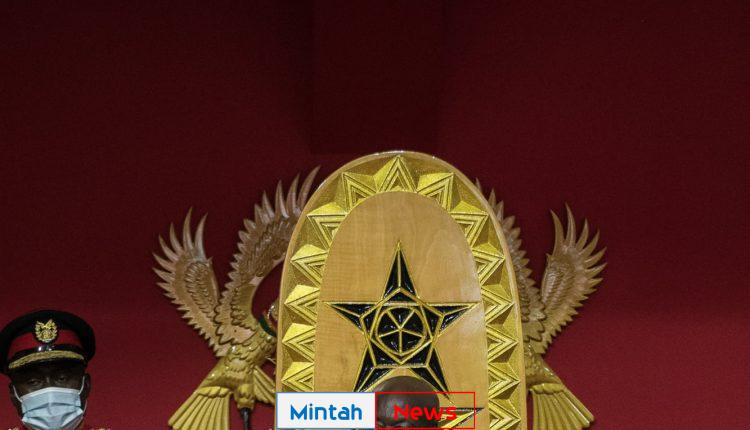 There’s is a limit to which you can mention the name of God in vain. He is an awesome God and His wrath is fearsome. Just know that He is a living God and He still rules in the affairs of men.

The bastardisation of the Key Pillars of Democracy over the last few years had to end at a point. It appears that GOD has intervened with the outturn of the Parliamentary elections and the election of a new Speaker from the NDC under an Akufo Addo presidency. The processes leading to this change are worth reflecting over.

1. Removal of the Chairperson of the Electoral Commission over trumped up charges and the appointment of persons perceived to be sympathetic to the NPP to the leadership of the Commission.

2. Militarization of politics by the self-acclaimed paragons of Democracy and indeed people who said they loathed military regimes and roundly condemned such regimes.

3. The brazen manipulation of electoral outcomes. Case in point. The shambolic results of the Referendum on the creation of New Regions.

4. The events surrounding the Ayawaso West Wuogon by election and the shelving of the Report of the Presidential Commission.

5. The alleged packing of the Judiciary

6. The practice of the ‘Minority can have its say, but the Majority will have its way’ politics in our Parliament

7. The obvious partisan posture of some media houses and media practitioners to the point where palpable falsehood is sanitised and presented as truth purely for unearned personal gain

8. The use of intimidatory approach to silence critics of the regime.

9. The shameful manipulation of the results of the 2020 General Elections where simple arithmetic computations exposed gross incompetence of the Election Management Body.
This indeed represented subverting the sovereign will of the people. Dont forget that the Voice of the People is the Voice of God.

God has had enough and has spoken. There’s redistribution of power away from the Winner Takes All politics that we have advocated against over the years. We look forward to politics of compromise and not that of growing polarisation.

Our poltics is maturing and I congratulate the ‘unknown NPP MPs who contributed to ASK Bagbin being elected Speaker of the 8th Parliament of the 4th Republic.

The Battle is always the Lord’s.

BREAKING: UG freshers stranded after failing to secure accommodation ahead of reopening