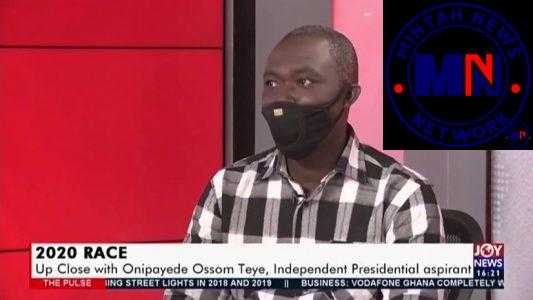 Ghana’s independence can not be well celebrated without accessing development after independence and remembering those who fought for it, as I always say *if you fail to honor those that deserve, you will always repeat mistakes of your loved ones* , independence was not lead by only 6 people but also the chiefs and opinion leaders largely and supported by the masses, including immigrants alongside the literate who negotiated with the Whites to grant us the independent.

What we have to know is “real independent” can never be achieved through negotiations but a struggle, and is the fear of the masses that gave the independent not the negotiation.

Majority of Ghanaians are now regretting the independence but the performance of the first republic led by Osagyefo Dr Nkrumah still gives hope, that’s why the only thing encourages Ghanaians now is the legacy of Nkrumah’s administration.

Its time we stop covering efforts of some good citizens with the big six issue, elders like Obetsebe Lamptey, Ako Agjei, Ofori Atta, Edward Akufo and J B Danquah had contributed much same as some chiefs and some opinion leaders, some even pay with their lives, but because our independence was not gained by UGCC alone we can never make it the achievement of big six, again Dr Nkrumah left the UGCC to form CPP, and another fact of history is that the other five didn’t play any major role in nkrumah’s administration, so it will be better we recognize individual contributions towards independence or we put together all the efforts in one to celebrate on the day of independence including the veterans officers and all those that lost their lives in the struggle of the independence, nothing else like projecting some above others or printing some on our currency, let’s celebrate them on the day of independence finished, the end of Gold Coast is the independent.

In Ghana Dr nkrumah must be celebrated along side Krobo Edusei and all the leaders that served in his government, if we do that it will help us to understand the source of the performance of the first republic, which is more of pragmatic, again in era of that administration people living in Ghana is made up of about 20 percent immigrants who are working in Ghana to support the government, they are part of the reason why the prophet said ” *our independence is meaningless unless it is linked up with the total liberation of the Africa Continent*” so he set the paste and started working towards Africa unity.

Unfortunately some civilians that hate Africa unity started assassination attempts on his life, later they joined forces with the military and police to overthrow nkrumah’s government.

The 1966 coup was not the *BIG BLOW* but it just pave the way for it because after the coup they handover power to a democratic elected president but for reasons best known to the winning candidate or if it was hate for Dr Nkrumah that he is going to be second president after Osagyefo, he chose to be prime Minister Kofi Abrefa Busia, he formed government with ceremonial president Edward Akuffo Addo, they came with an order called Ghana Aliens Compliance Order (GACO) this is the *BIG BLOW,* forcing immigrants to leave Ghana knowing very well that Ghana is playing major role in Africa unity.

Though I don’t know who brought the idea of GACO but I strongly believe it was orchestrated by the forces against Africa Development.

The hate speeches like ” we are taken our nation”, “Ghana belong to us “, “npp members are more Ghanaians than others “, “wife of vice president is not Ghanaian” but wonderfully her biological brother is a Ghanaian who contested and won mp seat, the latest to suffer the hates is the auditor general Domelevo that he is not Ghanaian, all these hates started with GACO, GACO simply means we are the only Ghanaians the supporters of the government of our opponents are immigrants, let’s force them to leave AKA *mokoo mokoo* the legacy of Dr Kofi Abrefa Busia and Edward Akuffo Addo, I don’t know if it was a crime then that immigrants are not allowed to support a government.

All over the world nations are built with support of immigrants, Ghana can never develop with hate against immigrants else we will eventually hate ourselves because we live and marry some of them, Ghana is first home for some immigrants, the fact is we cannot develop with hates among ourselves, what we need to understand about nationality is the love to protect national interest and not where your parents came from, some were born by Ghanaian parents but may betray to steal our Ghana’s properties and save in different countries, some foreigners may also love to help build Ghana than their own countries even to an extent to gain citizenship in Ghana and stay forever.

Most Ghanaians may love to be America Citizens but W E B Dubois born, school, gain PhD and all his qualifications in America but died as a Ghanaian, no Ghanaian is a citizen more than me, you or W E B Dubois and his descendents.

As written in King James Bible Matt 6 : 21
*For where your treasure is, there will your heart be also* . Let stop the discrimination so we can save our treasures here in Ghana