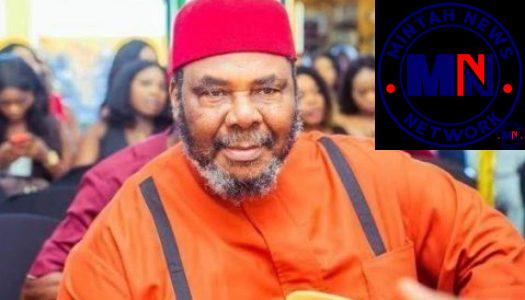 Pete Edochie says the practice of repeated marriage and divorce among women due to cheating husbands should be discouraged.

The veteran actor addressed issues surrounding infidelity in marriages and polygamy in a video from a monologue shared via his Instagram page on Sunday.

Pete said it is not in the nature of Nigerians to divorce and remarry repeatedly like “white women”.

He also urged wives to adopt more creative approaches towards discouraging their men from engaging in extramarital affairs.

Solomon had 1000 wives and 700 concubines. If a man decides to take many more wives, what are you going to do? Nothing,” Edochie said, making reference to the case of the Biblical King Solomon.

If you think your husband is going out to have an affair, put a packet of condom in his bag. When he sees it, he’ll know you have his interest at heart. If it is in his intention to stray, he’ll pull himself together.

Not that But women are not even creative. You want to be like wild women who keep on divorcing and remarrying. It doesn’t suit us. It doesn’t go down well with us. No!

Edochie also spoke of how his parents met each other when his father was almost 40 and his mother a 15-year-old shy girl.

According to him, women can do nothing about a Nigerian man who has opted for polygamy.

“My mother was not educated. She was not in love with my father. My father was almost 40 when his uncle told him it was time he got married. He told them to get a wife for him,” the veteran actor added.

“My uncle went out to a neighbouring village and told them the teacher wanted to get married. The women came out. He looked around and picked one and that was it.

“He brought this 15-year-old who didn’t have the courage to look at my father. She gave him ten children and was still shy. Seven boys and three boys.”

In February 2020, Edochie had provoked intense arguments on social media after he lambasted Nigerian men who abide by the western practice of kneeling while proposing to women.

Politicians have a lot to learn from church leaders – Osinbajo